1. Can the sacrifice (udhiya) be done in the name of a deceased person related by marriage and not by blood?

2. Do the rules related to personal grooming apply to all performing udhiya?

3. Does a single woman who has possessed the nisab in jewelry for years, owe charity for past udhiya done in her name but paid for by her parents?

1. Yes, one can perform a ritual-slaughter in the name of the deceased in order to donate the reward of the sacrifice to them. One can also intend to include oneself when performing a sacrifice on behalf of the deceased.

2. It is recommended to avoid personal upkeep for anyone sacrificing an animal during these days.

3. The basis is that every adult (i.e. some who is pubescent) possessing the zakatable minimum is required to perform a sacrifice individually. A parent may sacrifice on behalf of their adult child with their permission and knowledge. This would be valid even if the parents paid for the udhiya.

Further, given the widespread practice of parents sacrificing on behalf of their adult children, such permission would be deemed implicitly present in most contexts.

Who has to Sacrifice (Udhiya)? 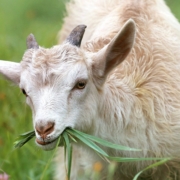 I'm Vegetarian: Is There An Alternative to Qurbani Slaughtering of An Animal?

Who Has to Perform the Ritual-Slaughter (Udhiya)?

Does One Have to do Udhiya/Qurbani for One's Young Children?

Should All Family Members Abstain from Shaving Before the Slaughter of the Animal?