I intentionally spoke kufr statements in my mind while believing in it and when I finished the sentences immediately I rejected it and denounced it. Am i still in the fold of islam?

If you said genuinely something that was disbelief while believing it, but then repented, rejected it, and said the testimony of faith again, then you are a believer and there is no reason to worry.

Allah Most High swears by the soul that wants to change, blames itself for its bad ways and works against its own bad grain to become something loved in Allah’s eyes. He says, ‘And I swear by the reproaching soul.’

This is exactly what the Early Muslims dealt with.

Muslim narrates from Abu Hurayra that some of the Prophet’s own students (Allah bless him and grant him peace, and be well-pleased with his companions and family) came to him complaining of the thoughts they would have. They said, ‘Indeed we find in our hearts thoughts that we find too gross to ever utter.’
‘Did you really find it?’
‘Yes,’ they replied.
‘That is pure faith!’

This hadith teaches us that finding our own deeds and thoughts revolting and rejecting them with our hearts is actually something very great in Allah’s eyes.

The Devil loves to distract us from doing good works and improving on our faith by repeatedly reminding us of our bad deeds to the extent that he makes us lose hope in Allah. Allah Most High has said, ‘And do not lose hope of Allah’s Mercy. Certainly no one despairs of Allah’s Mercy, except the people who disbelieve.’ [12: 87]

Just thank Allah and move on with improving your faith.

Don’t get sad, and don’t get depressed. Just get going.

‘And march forth in the way to forgiveness from your Lord, and to a garden as wide as are the heavens and the earth, prepared for those who actively push aware evil.’ [3: 133] I Have Entertained Thoughts About The Disbelief of Another Muslim: Am I Still Muslim? 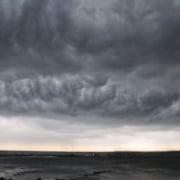 I Can't Help Myself From Thinking About Statements of Disbelief. What Do You Advise? 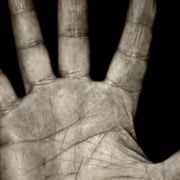 Am I a Disbeliever for Having Prayed Without Wudu or Ghusl (Ritual Bath)?