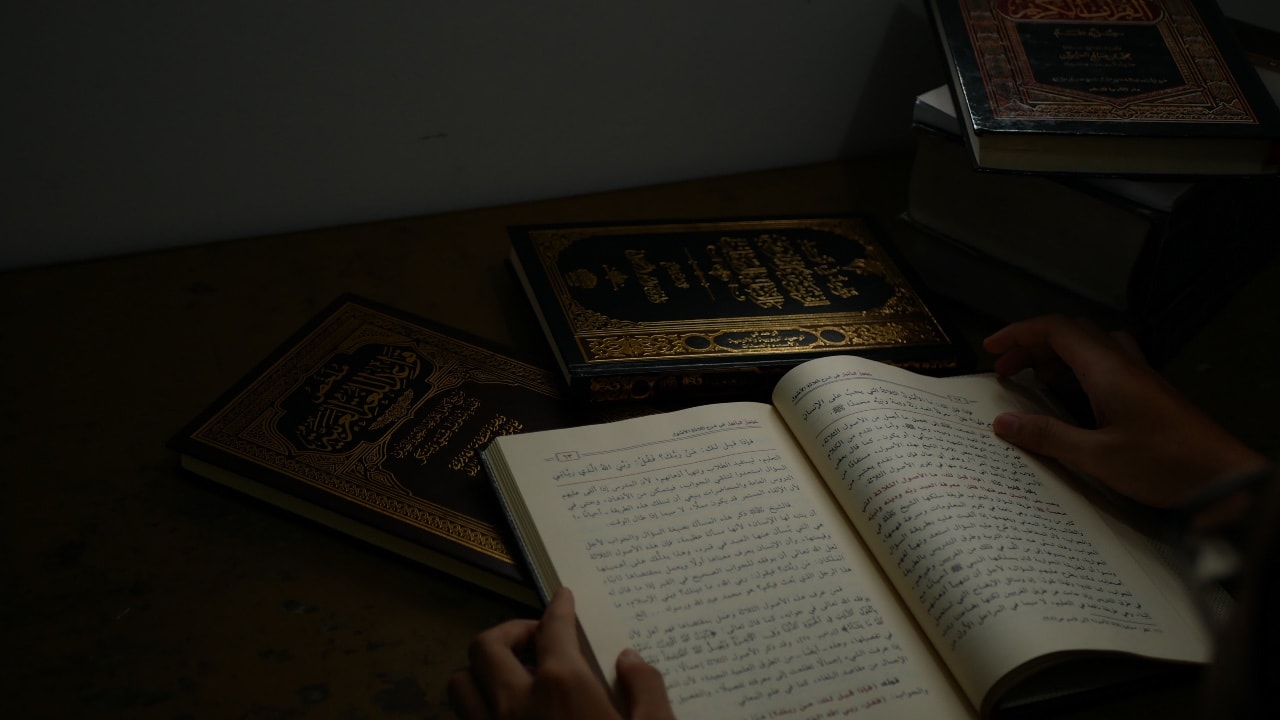 Question: How do I have proper intentions when seeking ‘ilm? I first started learning about Islam when I found out islamophobia was a thing as a teen, and I wanted to protect the deen, and so I spent a lot of my time in online forums doing that. Now it feels like I only learn to counter this atheist or that Christian better or be praised as knowledgeable by other Muslims. Now I almost instinctively think, “Hey, I can use that in a debate,” or the like when I learn something new. How do I fix this?

The matter you have raised regarding one’s intention when seeking knowledge is of utmost importance. It is commendable that you have come to this realization by yourself and have reached the point where you question your sincerity. This is a great station. The state of a believer is such that he constantly questions the intention behind all his actions.

As for acquiring knowledge for other than the sake of Allah, the Prophet (Allah bless him and give him peace) spoke out against this vehemently. He said, “Whoever seeks sacred knowledge to vie with scholars, argue with fools, or capture public notice, Allah will enter him into Hellfire” [Tirmidhi]

In the book Beginning of Guidance,  Imam Ghazzali said, addressing the one who is desirous of attaining sacred knowledge and who has a great thirst for it, that if he intends thereby to vie and debate, to gain pre-eminence over his contemporaries, to attract the attention of others, or to amass worldly goods, he is striving to destroy both himself and his religion and to exchange eternal life for the life of this world. [Ghazzali, Bidaya]

Thus, we can clearly see that attaining sincerity in the acquisition of knowledge is of the utmost importance. We commend you again for coming to this realization.

Advice on attaining sincerity
The answer to your question of how to attain sincerity is not an easy one. If a simple recipe existed for the attainment of sincerity, we would all be sincere. However, it is a continuous struggle.

Our teachers advise the seeker to check his intention before embarking on any action. He should ask himself why he is acting before he does it, while he is doing it, and after he has done it.

The Prophet (Allah bless him and give him peace) also taught us to seek Allah’s pardon after performing a good deed, such as salah, in case insincerity has crept into the deed.

I advise you strongly to recite Imam al-Haddad’s intentions whenever you study or attend a class because they are comprehensive in meaning and filled with light. They will benefit you as Allah will cause you to be sincere in your life. You may find those intentions here: http://winterspringmawlid.co.uk/wp-content/uploads/2012/12/The-Intention-for-Seeking-Knowledge-by-Imam-haddad.pdf.

Also, turn to Allah often, praying to Him, asking Him, crying to Him so that He grants you sincerity. No one can attain sincerity unless Allah grants it to him, so seek sincerity from the One in Whose hand sincerity lies.

May Allah grant us sincerity in all our deeds and actions, and may he protect us from showing off and doing things for the sake of others.