Is it permissible to travel and perform Umra for a deceased relative without performing Umra for one’s self on the same journey?

It is permissible to travel and perform Umra for a deceased relative without performing Umra for one’s self on the same journey; however it is recommended that one perform multiple Umras during their time in Makkah to make the most of the Holy Mosque and the sacred precinct.

It should be noted that if a person staying in Makkah has completed Umra and wishes to perform another, they should first travel to outside of the sacred precinct to enter Ihram before performing their next Umra. One should travel to, in order of preference, either al-Ji’ranah, al-Tan’im, or al-Hudaibiya. Al-Tan’im is the closest of the three to the Holy Mosque in Makkah, and Masjid Aisha there is well known and clearly indicated. It was the place where Sayyida Aisha entered into Ihram as she was instructed to do so by the Prophet (Peace be upon him). 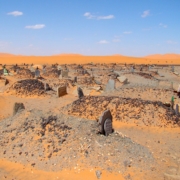 What Is the Ruling on Shaving Pubic Hair for the Deceased? Is My Umra Valid? 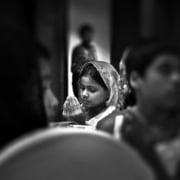 How Can I Clean My Hands to Feed My Baby While Performing Umra?