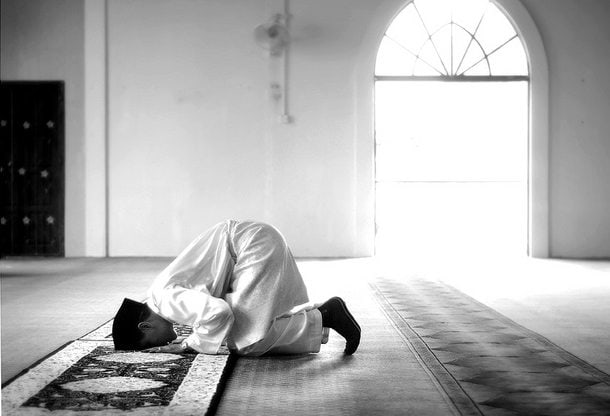 I was told I cannot make personal dua in English during prostration in the last cycle of prayer.

I find this a great loss because beseeching Allah when prostrating seems better, and to do it in Arabic would limit what I can say. What do you think?

Supplicating during prostration, as you’ve mentioned, in a highly beneficial act. The Prophet (peace be upon him) said, “The closest a servant is to his Lord is when he is prostrating, so make plenty of supplications in it” [Muslim].

Reciting a Supplication in another Language

In the Shāfiʿī school, extemporizing or making up a supplication in prayer in one’s own words, in a language other than Arabic, renders the prayer invalid.

Is this Necessarily a Negative Result?

While this may seem like a great loss, scholarship defines the praiseworthy and blameworthy as hinging upon doing what is commanded and staying away from what is prohibited.

In this regard, the school considers the obligation to be to carry out the prayer in Arabic, and the prohibition to be staying away from reciting something that is not Arabic. Therefore, it sees refraining from reciting supplications in a language other than Arabic as the superior thing to do, even though it might seem to an individual that doing otherwise is beneficial.

Suggested Supplication to Learn for Prostration

One can and should supplicate following the prayer in any language one is comfortable with.

One can also learn some simple supplications in Arabic if one wishes to recite something extra during prostration. Many can be found in the Qur’an, authentic narrations of the Prophet (peace be upon him), and the works of later scholars.

The Qur’an speaks glowingly [2.212] about those who offer the following comprehensive supplication:

‘Our Lord, give us good in this world and in the hereafter, and protect us from the torment of the fire.’

When Does Laughing Break One’s Prayer in the Shafi’i School?

Answered by Shaykh Irshaad Sedick Question  I would like to know the Shafi’i ...
4 mins

What Is the Prescribed Method of Animal Sacrifice?

Answered by Shaykh Irshaad Sedick Question  What is the prescribed method of an...
3 mins

Are My Prayers Valid despite My Speech Impediment?

Answered by Shaykh Irshaad Sedick Question  First, I’d like to thank you for ...
3 mins