What Is Some Prophetic Guidance on Remembering Death? Question: I was wondering what the guidance of the Messenger of Allah (peace & blessings be upon him) was with respect to remembering death. Please share some of his teachings.

I pray this finds you in the best of health and spirits. This is a very good question, MashaAllah. We would recommend that you refer to Chapter 65. Chapter of Imam Nawawi’s Gardens of the Righteous (Riyad al-Salihin): On remembering death and constraining expectation.

This is Ustadha Ayesha Bewley’s translation of that chapter:

Allah Almighty says, “Every self will taste death. You will be paid your wages in full on the Day of Rising. Anyone who is distanced from the Fire and admitted to the Garden, has triumphed. The life of this world is only the enjoyment of delusion,” (3:185) and the Almighty says, “No self knows what it will earn tomorrow and no self knows in what land it will die.” (W31:33; H31:34) The Almighty says, “When their specified time arrives, they cannot delay it for a single hour nor can they bring it forward,” (16:61) and the Almighty says, “O you who believe! Do not let your wealth or children divert you from the remembrance of Allah. Whoever does that is lost. Give from what We have provided for you before death comes to one of you and he says, ‘O Lord, if only you would give me a little more time so that I can give sadaqa and be one of the righteous.’ Allah will not give anyone more time, once their time has come. Allah is aware of everything you do.” (63:9-11) The Almighty says, “Until, when death comes to one of them, he says, ‘My Lord, send me back again. so that perhaps I may act rightly regarding the things I failed to do!’ No indeed! It is just words he utters. Before them there is an interspace until the day they are raised up. Then when the Trumpet is blown, that Day there will be no family ties between them, they will not be able to question one another. Those whose scales are heavy, they are the successful. Those whose scales are light, they are the losers of their selves, remaining in Hell timelessly, forever. The Fire will sear their faces making them grimace horribly in it, their lips drawn back from their teeth. ‘Were My Signs not recited to you and did you not deny them?'” to His words, “‘How many years did you tarry on the earth?’ They will say, ‘We tarried for a day or part of a day. Ask those able to count!’ He will say, ‘You only tarried for a little while if you did but know! Did you suppose that We created you for amusement and that you would not return to Us?'” (W23:100-116; H23:99-115) The Almighty says, “Has the time not arrived for the hearts of those who believe to yield to the remembrance of Allah and to the Truth He has sent down, and not to be like those who were given the Book before for whom the time seemed over long so that their hearts became hard. Many of them are degenerate.” (W57:15; H57:16)

574. Ibn ‘Umar said, “The Messenger of Allah, may Allah bless him and grant him peace, took me by the shoulder and said, ‘Be in this world as if you were a stranger or a traveller on the road.”
Ibn ‘Umar used to say, “In the evening, do not anticipate the morning, and in the morning do not anticipate the evening. Take from your health for your illness and from your life for your death.” [al-Bukhari]

575. Ibn ‘Umar reported that the Messenger of Allah, may Allah bless him and grant him peace, said, “It is not right for a Muslim man who has anything to bequeath to spend two nights without having a written will in his possession.” [Agreed upon. This is the variant in al-Bukhari]

In a variant of Muslim, “To spend three nights.” Ibn ‘Umar said, “Not a night has passed since I heard the Messenger of Allah, may Allah bless him and grant him peace, say that without my having had my will with me.”

576. Anas said, “The Prophet, may Allah bless him and grant him peace, drew some lines and said, ‘This is man and this is end of his lifespan. That is how he is when this nearest line comes upon him.” [al-Bukhari]

577. Ibn Mas’ud said, “The Prophet, may Allah bless him and grant him peace, drew lines making a square and then drew a line in the middle which extended beyond it. He drew some small lines up to this middle line from the side within the square and said, ‘This is man, and this is end of his lifespan which encircles him – or by which he is encircled – and this which goes beyond it is his hope and these small lines are things that happen. If this one misses him, that one gets him, and if that one misses him, this one gets him.'” [al-Bukhari] This is its form: 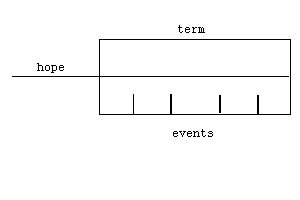 578. Abu Hurayra reported the Messenger of Allah, may Allah bless him and grant him peace, said, “Race to good actions as fast as you can. What are you waiting for except delayed poverty, oppressive wealth, debilitating illness, dottering senility, a swift death or the Dajjal? Or are you waiting for an unseen evil, or the Last Hour? The Last Hour will be most bitter and terrible.” [at-Tirmidhi]

579. Abu Hurayra reported that the Messenger of Allah, may Allah bless him and grant him peace, said, “Remember frequently the thing that cuts off pleasures,” i.e. death.” [at-Tirmidhi]

Death & Dying: The Importance of Remembering Death & Being Ready for It – Habib Hussein as-Saqqaf 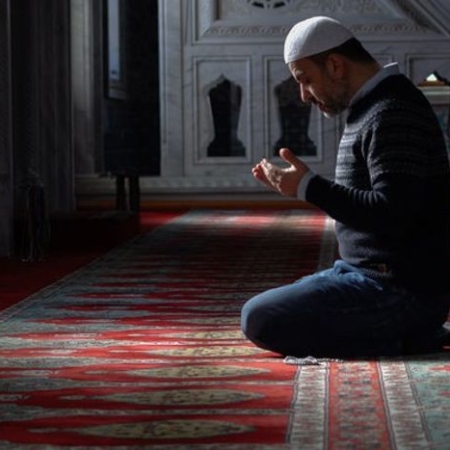