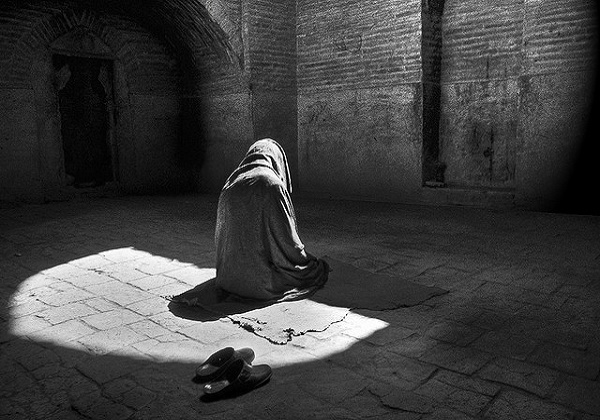 Question: Am I a hypocrite for promising Allah to be a better Muslim and breaking that promise in light of the verses of Sura al-Tawba 74-76?

The verses of Sura al-Tawba that you quoted are referring to disbelievers. The word Nifaq or hypocrisy is used in the Qur’an in two different ways.

One of the types is the hypocrisy of the heart, which is to profess faith while their hearts disbelieve. Sura al-Munafiqun (the Chapter of the Hypocrites) is about this type of hypocrisy.

The second type refers to actions that one does that don’t truly manifest the faith that they claim. However these people are true believers but their faith is weak and has fallen into sin. For example reluctance to prayer and disobeying Allah’s command.

Regarding this second type, the Messenger of Allah (may Allah bless him and give him peace) said, “The signs of a hypocrite are three. When they speak they lie when they promise they break their promise, and when they are entrusted they betray that trust” [Nasai’, al-Sunan al-Kubra, Ahmad].

These actions are in hypocrisy because they are not befitting for the one who believes in Allah and the Last Day. However, they are not disbelievers because of these sins.

The Messenger of Allah (may Allah bless him and give him peace) said, “All of the children of Adam are sinners and the best of the sinners are those who constantly repent” [Ibn Majah].

It is important to know that no matter how far we stray from obeying Allah or how far we go off the straight path – the door of repentance is always open as long as we are still breathing.

Allah Most High says, “O My slaves who have wronged themselves! Never lose hope in the mercy of Allah. Verily Allah forgives all sins. Indeed He is the Most Forgiving and Most Merciful” [Qur’an; 39:53].

It is important to have a good opinion of Allah and know that Allah wants to show mercy to us and forgive us.

The first step to getting back on track and reconciling your relationship with Allah Most High is to repent. For your repentance to be valid it must meet the following conditions:

Secondary Issues Mentioned in the Question

The Messenger of Allah (may Allah bless him and give him peace) did command the growing of a beard however the scholars have differed as to the nature of this command.

Many scholars understood this command to be a command of propriety and encouragement, not obligation.

Thus, even though growing a beard is indeed ideal there remains expansiveness in the issue.

The prohibition of free mixing does not mean that one is not allowed to be in the vicinity of the opposite gender. Rather it relates to intermingling in a way that goes against the Sacred law. For example touching, flirting, seductive mannerism, flirtatious complimenting, excessive joking, being in seclusion with the other gender – these are prohibited.

However, if one works or goes to school with people of the opposite gender or one attends a family gathering, this is not impermissible as long as one keeps their interactions to a formal, appropriate, and dignified manner.

My advice to you is to strive to fulfill the foundational principles of the Religion, such as the five daily prayers and fasting during Ramadan. Refrain from the major sins like lying, backbiting, stealing, harming others, and so on. Lastly seek knowledge. Furthering your understanding of the Sacred law will prove greatly beneficial for you in your practice of the religion.

What Are the Rulings of Growing a Beard in the Hanafi School? (Video)

How Should One Understand the Seemingly Contradictory Quotations by Imam Shafi’i on Tasawwuf?

Answered by Shaykh Irshaad Sedick Question How Should One Understand the Seemin...
3 mins

Is It Permissible to Salute People?

Is It Permissible to Recite Bismillah before Taking Medication?

Do I Need to Expiate for My Unfulfilled Promise to Allah?

Answered by Shaykh Yusuf Weltch Question I promised Allah that I would not read ...