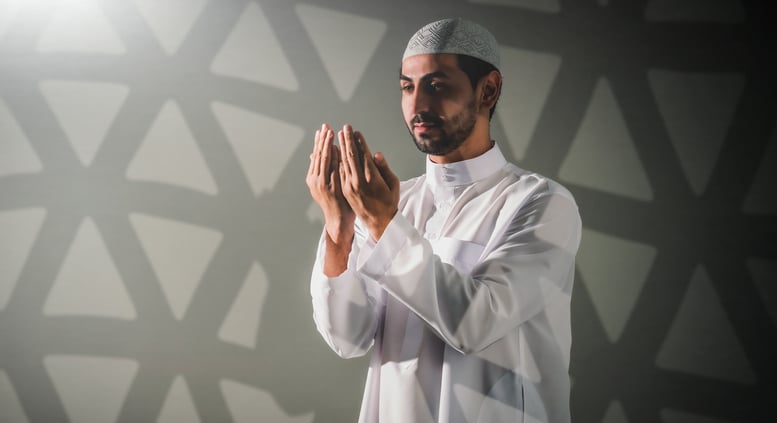 I apologize for disturbing you. I am in deep need of guidance. I was a horrible person when I was a teenager, I was terrible with my parents, and I’ve never prayed. By 2015, when I turned 15 years old, I started praying. I keep asking Allah for forgiveness, but I don’t feel like I’d ever deserved it; I hate the person I was in the past.

I know that Allah is the most forgiving and loving, but I genuinely feel like I don’t deserve His mercy; I’ve been so horrible. I also think my faith is not strong enough; when I read the Quran, I must feel something. And when I ask for forgiveness, I must feel it in my heart, right? I’m worried about this feeling of indifference. Am I deceiving Allah when I ask for forgiveness when my heart is dry? Am I fooling myself as well? I keep asking fervently to have a stronger faith, to feel Allah in my heart. I keep saying dhikr constantly whenever I am not communicating with anyone, but still, I can’t feel anything in my heart. Am I worthy of salvation?

I am delighted to hear that you turned your life around, and I pray that Allah Most High accepts your efforts and blesses you with the best of this life and the next. Amin

No One Deserves Allah’s Bounty

Regarding your question, it is an excellent quality to feel that you do not deserve Allah’s mercy. This is our reality as servants of Allah Most High.

Allah Most High says, “O’ mankind! You are all in desperate need of Allah, and Allah is the independent and all praiseworthy.” [Quran, 35:15]

Allah Most High does not owe us anything, and nothing we do could ever fulfill the rights of what He deserves.

Desperation and Gratitude to Allah

This is a humbling feeling and produces a state of desperation and gratitude to Allah Most High in the heart. This state of distress and gratitude are the most praiseworthy traits.

Losing sight of our neediness to Allah Most High results in arrogance and transgression.

Allah Most High says, “Verily mankind has transgressed, seeing themselves as independent (of Allah).” [Quran, 96:6-7]

Allah Wants to Forgive Us-Having a Good Opinion of Allah

It is essential to always have a reasonable opinion of Allah Most High. Allah Most High says, in a Hadith Qudsi, “I am as My slave thinks of Me.” [Bukhari; Ahmad]

In the narration of Imam Darimi is an additional, “so let them think of Me as they wish.” [Darimi]

Allah Most High tells us in the Quran that He wants to forgive us. He says, “And Allah wants to accept your repentance, and those who follow (their) lusts want you to go far astray.” [Quran, 4:27]

Not Feeling Something During Worship is Not a Bad Sign

The underlying wisdom of worship is to bring the heart to a state of remembrance, mindfulness, and presence with Allah Most High. It is not a requirement to feel anything, even though it is possible.

Imam’ Abdullah bin ‘Alawi al-Haddad mentions in – ‘The Book of Assistance’ – etiquette one should uphold to gain the most from daily worship (awrad). He (Allah have mercy on him) says, “Verily daily worships have a significant effect in illuminating the heart and restraining the limbs (i.e., from disobedience). However, this effect will not be manifest or realized without (a) consistent perseverance, (b) repetition, and (c) performing each worship at a designated time.

He continues by saying, “I urge you with purposefulness and holding fast to moderation in all matters, and to take off each worship what you can be consistent in.

Sometimes Allah Most High may not put such a feeling in the heart to produce an increased state of yearning.

In fact, many of the elite servants of Allah Most High were afraid of spiritual unveilings. They were worried that their intention in worship would turn from seeking Allah’s pleasure to seeking a state or a feeling.

Peripheral Issues from The Question

Here are some details about the peripheral issues from the question.

Only those prayers which were not performed or were invalid according to the Sacred law must be made up.

A prayer being rushed or with an excused amount of impurity, although disliked, is not necessary to make up. [Shurunbulali, Maraqi al-Falah]

If, when performing the prayers, your clothes or body contained less than 5g in weight or 5cm in surface area of impurity, the prayer remains valid. If any prayer was performed with more than these amounts, it is invalid and must be made up. [Shurunbulali, Maraqi al-Falah]

What Things Constitute as Impurities

The most common types of impurity (najasa) are the following:

The fundamental way forward in cultivating your relationship with Allah Most High is to learn to teachings of Islam on a foundational level. Using sound knowledge and understanding of Islam, one is guided to sound worship of Allah Most High.

The Messenger of Allah (may Allah bless him and give him peace) said, “The most virtuous of worships is a deep understanding of the religion, and the most virtuous of practices is scrupulousness.” [Tabarani, al-Khatib al-Baghdadi in al-Faqid wa al-Mutafaqqih]

For this, I would advise seeking a qualified scholar to study a primary text in Islamic beliefs, worship, and spirituality.

Consider the Steps Certificate offered by SeekersGuidance. This certificate course is designed to enable the student to learn their obligatory knowledge of Islam conveniently, soundly, and reasonably.

How Can a Person with a Constant Gas Problem Perform ’Umra?

Answered by Shaykh Abdul-Rahim Reasat Question If a middle-aged male has uncontr...