Answered by Saira AbuBakr
Question: assalamu alaikum!
I have a friend who got engaged some years ago. He never wanted to get engaged to that person but never directly said ‘no’. He tried to refuse by making other excuses like ‘ not now, etc’ but he agreed due to feeling pressured.   Afterwards he tried to show that he wasn’t happy and now he is directly saying that he doesn’t want to marry this girl. The parents got upset and said this decision will break many relations because the engagement is done. They say the girl is better than someone he would choose for himself and they only want the best for him.
How should this person and his parents be advised?
Answer: walaikum salaam wa RahmatuAllah ,
May Allah make the situation easy. It would be recommended to ask your friend if he has any religious reasons for disliking her. Also are they compatible in-terms of their upbringing, education, social and financial class?
We have a great example in the Seerah of our beloved Messenger, peace and prayers upon him, of a marriage between two very righteous, but incompatible companions:
Out of obedience to the Messenger of Allah (peace and prayers upon him), Sayyidah Zaynab bint Jah-sh (the cousin of the Messenger of Allah), married Sayyidna Zayd (initially adopted by the Prophet). However Sayyidah Zaynab was from an aristocratic, arab clan (Bani Hashim) and Sayydina Zayd, a freed, African slave. As a consequence, Sayyidah Zaynab was very unhappy in the marriage and it was eventually dissolved with the revelation of ayahs that married the Messenger of Allah to his cousin and abolished adoption.
If it is not any of the above then the brother should assess if their temperaments are incompatible. That alone can cause tension between people.
However, if he has no Islamic reason for refusing his parents wishes, I would advise him to do istikharah about whether she will be a means of him getting closer to Allah. He should repeat the istikharah until he has clarity in the matter. He may also, if he so wishes, ask another (someone with an objective view) to perform istikharah on his behalf.
If the istikharah indicates that she will be help him grow in his religion and his parents are still insisting, then he should ask Allah to place compassion and mercy in his heart for this sister. This is the basis of a good marriage and he should know that Allah is able to turn a person’s heart towards anyone He wishes.
Suratul Baqarah; ayah 216:
Yet it may happen that you hate a thing and it is good for you; and it may happen that you love a thing and it is bad for you. (Taken from AlTafseer.com; Translation: Feras Hamza)
If the istikharah or a glaring trait in her character indicates that she is not suitable for him, then he should communicate this to his parents.
One would advise him to communicate properly with his parents, all the while maintaining the utmost adab. Arguments will remove blessing from the discussion. Often times mothers may be won over by speaking about ones feelings and how sad one would be if married to this person. It should not turn into an argument of who is right or wrong nor be laden with guilt-trips.
Also, advise him to try to communicate to his parents that he wants to treat his wife with love and respect. If he is married to someone whom he dislikes, it might be very difficult to treat her with excellence, as is the sunnah. A woman can sense if her husband dislikes her and if she is unhappy as she knows her husband doe not love her, her parents are sure to find out. This may eventually lead to bigger problems between families. A divorce or constant bickering between husband and wife will not strengthen the relationship between the families either.
Most parents ultimately do want their children to be happy but are sometimes entrenched in obsolete cultural practices/modes of thinking not based in the religion. Above all, he should make dua that his parents are pleased with him.
If it reaches an impasse, he should reflect on his life and remove anything that would be displeasing to Allah and His Messenger, peace and prayers upon him. In doing this one should begin with the impermissible. Scholars of sacred knowledge say that difficulties come for two reasons. Firstly, as an expiation for the wrong one is doing in one’s life and secondly to raise one in rank. In the end, if one has the proper intention, it can all be a means of getting closer to Allah.
Finally, if the brother has not fulfilled his religious obligations by taking the classes he needs, he should try to start this right away. If he does not know where to start then he needs to consult a scholar. He may email Seekers Guidance for direction in this regard.
Saira AbuBakr 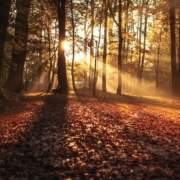 Is It Sinful to Eat With the Left Hand? (Maliki)

Is it Permissible to Economically or Mentally Abuse your Spouse? 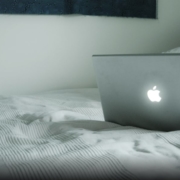 "I'm Married To A Sex Addict" - 5 Tips on Moving Forward

Should I Stay Married Even Though I Hate My Husband Because of His Bad Character and Irreligiousness?

Istikhara - A Powerful Prayer When In Need Of Guidance

Will Allah Be Displeased With Me?