Question: I have read the evidences provided by yourselves for tawassul via the Prophet (sallaallahu alayhi wassalam). I have not, however, seen any evidence for intercession via saints …is there any such evidence and if not, then how can we say that this is permissible?

The Prophet (Allah bless him & give him peace) promised that there will always be a group in his community manifest on the truth until the last day. He also instructed us to be with the main group of the believers, and to stick to the group. He also told us that the scholars are the inheritors of the Prophets. As such, what we know from the Quran and Sunna is that the people of the truth are not a theoretical construct but a living reality: they are the scholars of the mainstream, majority understanding of Islam. From the earliest generations, this has been the way of the four sunni madhhabs in fiqh.

Imam Muhammad Zahid al-Kawthari (Allah be pleased with him) said,

Those who deny it have the Book of Allah, the Sunna, the continued practice of the Ummah, and reason against them as proof.

As for the Book of Allah, this includes His saying, And seek a means (wasila) to Him. [Quran, 5: 35] And wasila (a means of approach) in its general indication includes tawassul (intercession) by persons, and through actions. Actually, the apparent meaning of tawassul in the Sacred Law is both this and that, despite the claims of those who lie and deceive.

The distinction [made by some] between the living and the dead in this matter only comes from one who believes in the perishing of souls [upon death], which would lead to denying Resurrection, and to claim that the souls ability to discern particulars ends when it leaves the body, which is a denial of the primary evidence affirming that. [F: Shaykh Wahbi Ghawji quoted in his Fakhr al-Din al-Razi in his footnotes as saying, Souls remain after the perishing of bodies. This is a matter agreed upon by the Prophet, awliya, and the wise. (Usul al-Din, 20), and then quoted Ibn al-Qayyim from his al-Ruh in support of this] [Mahq al-Taqawwul fi Masalat al-Tawassul]

For details and proofs, check the articles on Sidi Masud Khans site: http://www.masud.co.uk, and the excellent writings on the topic by Shaykh Gibril Haddad (Allah preserve him). Looking to the Prophet in Testing Times 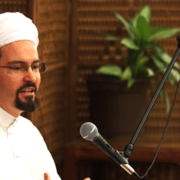 Supplicating Through an Intermediary and Calling the Prophet "Master" 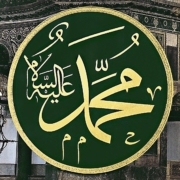 Preservation of the Prophet's Hair and Seeking Blessings Through It

Is Asking For Intercession By The Prophet ﷺ Permissable?
Scroll to top