Is it a bad innovation to recite the 99 names of Allah,to recite a name of Allah for a fixed number or to recite the verse of the Throne after every obligatory prayer?

I hope you are well.

One does not need a specific proof to recite verses, supplications, invocations, or litanies, for which a general proof already exists.

That is, it has already been established by means of general proofs, found in the Qur’an and Prophetic practice, that certain actions – reciting the Qur’an, supplicating to Allah, invoking Him, reciting his beautiful names – are praiseworthy and incur benefit and reward.

Because of this, one does not need a further proof to allow him to choose a specific time, manner, or method by which he goes about accomplishing this.

This has been understood as a general principle; ibn ‘Allān, the 11th C Shafiʿi, records that the 7th C Shafiʿi Sultan of Scholars, Ibn ‘Abd al-Salam, argued that if something is already a sunnah, doing it consistently at specific times only does not remove it from its default ruling, that of being a sunnah action.

Examples of this in Practice

In practice, this rule is known implicitly through our scholarly literature, which contains numerous instances of scholars trying out specific litanies, finding that it has incurred certain benefit in their lives, and then sticking to it as a practice, and encouraging others to do the same.
They then have termed such actions they have adopted ‘tried and tested,’ a designation that would have been superfluous were there to already exist a specific textual evidence for their adopted practice.

Ibn al-Qayyim al-Jawziyya, the 8th C Hanbali and student of Shaykh al-Islam ibn Taymiyya, in his works dealing with spirituality, includes a number of examples of actions he and his teacher engaged in regularly, for which there were no specific proofs.

For example, in his Provisions for the Hereafter, he mentions that he saw that his teacher, ibn Taymiyya, would take a piece of bread or the like from the house when he was leaving it for the Friday prayer to give secretly in charity on the way. He heard his teacher say: If Allah ordered us to offer something in charity before consulting privately with the Messenger of Allah, peace and blessings of Allah be upon him, then giving charity before doing the same with him, the Most High, should be even better and excellent.

None of the adopted actions above enjoy specific proofs, although there are general proofs. For the last supplication cited above, for example, the Prophet, peace and blessings of Allah be upon him, is reported to have recited this very supplication whenever a matter burdened him [Tirmidhī].

However, there is no proof that establishes the way in which this general proof was carried out and encouraged in specific form above. This did not prevent scholars from doing so, and many such examples are found throughout the scholarly literature.

Exceptions to the Principle

While this is a largely agreed upon general principle, there do come about certain actions that, although conforming to what has been established above, are yet considered disliked or impermissible.

This is often because the actions in question are considered to militate against the spirit of the law or Prophetic practice; lead to other actions or scenarios that are disliked or permissible; are related to clearly ritual acts of worship like prayer; are based upon fabricated traditions; or cause confusion for the general populace, who may come to believe that such an action is a specific Sunnah or even obligatory.

Because these are guidelines that can admit interpretation, scholars often disagree over rulings.

In the Shafiʿi school, for example, choosing to pray voluntary prayers at set times, such as on Friday night, is disliked. The Beloved Prayer, 12 units of prayer performed between Maghrib and Isha, the first Friday of the holy month of Rajab, or performing a hundred units of prayer on the middle night of the month of Shaʿban, are both intensely disliked.

It is generally recommended to ensure that one commits to what has already been transmitted from the Prophet, peace and blessings of Allah be upon him.

TAGGED WITH:: 99 names of Allah, bida, innovation, litanies, verse of the throne What is the Ruling on Having a Baby Shower? 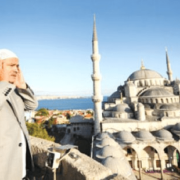 Is It Blameworthy to Wipe the Eyes With the Thumbs During the Call to Prayer?

Reciting the Most Beautiful Names of Allah