Does One Assume a Convict Is Innocent If the Crime Was Not Witnessed?

Question: A member of my family is in prison. People are saying to us that he is innocent because we didn’t witness these crimes with our own eyes. Is that correct?

This is an odd standard to uphold innocence since the majority of people never actually witness the crimes committed by those whom a state finds guilty and incarcerates. Rather, the citizenry place their trust in an operational, authoritative, and effective judicial system when it comes to affirming the guilt or innocence of an individual as it relates to a crime.

This is clear in the Islamic tradition as well where the guilt of an individual is judged by the availability of evidence, such as witnesses. When the standards for evidence are met through a sound process, it is fair to conclude that an individual is guilty even if one had not witnessed the crime itself.

Yes, it is certainly true that in some cases withholding judgment is warranted or questioning the conclusion of a judicial inquiry. There have been and continue to be cases of wrongful incarceration. However, this cannot merely be based on not witnessing the act but revolve around issues concerning evidence, process, the law itself and so forth.

The Rights of People Who Have a Criminal History

As for our approach to individuals who have had a criminal history, then there are two points to note:

1. It is natural to be cautious and vigilant around certain people with a criminal history especially if they had committed grave crimes and seem to have not undergone a rehabilitation process, and

2. These individuals still have specific rights affirmed for them by our religion on account of being human beings and Muslims.

Among the foremost of these rights is the continued preservation of their general honor. Simply because they committed a criminal act does not give one free license to gossip, backbite, or slander such individuals.

Another right these individuals possess is the right to rejoin the community (unless there are exceptional reasons to not allow this) and be supported in getting their lives back on track. This returns to the general guidance in our religion to command the good and help our fellow believers and members of our community.

If such individuals happen to be a family member, the familial rights our religion has laid down will also have to be considered, which include the maintenance of some degree of family ties. However, if there are sound reasons to distance oneself and one’s family from such individuals due to reasonably feared harm, negative consequences, and the like then that would be permitted.

The upshot of the brief points mentioned above is that we should take a course of action that is smart and utilizes common sense but also one that is religiously grounded in the god-given rights these people possess and the higher traits of compassion, kindliness, good will, and “loving for your brother what you love for yourself.”

Ustadh Salman Younas graduated from Stony Brook University with a degree in Political Science and Religious Studies. After studying the Islamic sciences online and with local scholars in New York, Ustadh Salman moved to Amman where he spent five years studying Islamic law, legal methodology, belief, hadith methodology, logic, Arabic, and tafsir. He is currently a PhD candidate at the University of Oxford and continues his traditional studies with scholars in the United Kingdom.

How Do I Understand a Hadith That Appears to Contradict the Fundamentals of...

Can I Recite Qur’an During Menstruation?

Were Any Prophetic Teachings Hidden by the Prophetic Companions? 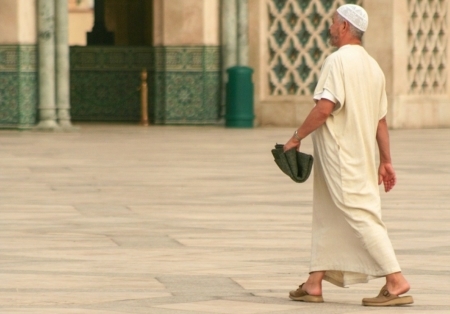 Am I Sinful For Always Making Mistakes That Displease My Parents?