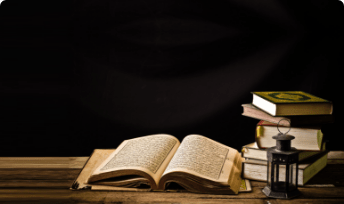 Narrated Abdullah ibn Mas‘ud. Ibrahim said, “Al-Dahhak ibn Qays intended to appoint Masruq as governor. Thereupon Umarah ibn Uqbah said to him: Are you appointing a man from the remnants of the murderers of Uthman? Masruq said to him, ‘Ibn Mas‘ud narrated to us, and he was trustworthy in respect of traditions, that when the Prophet, blessings and peace be upon him, intended to kill your father, he said: Who will look after my children?’ He replied: ‘Fire. I also like for you what the Messenger of Allah, blessings and peace be upon him, liked for you.’”

Your brother in faith.

The event of Uqbah bin Mu’ayt’s execution is one of many incidents that those seeking to undermine Islam and skew the perfect character of the Prophet, blessings and peace be upon him, choose to focus upon. When read objectively, these narrations do not present any issues, nor contradict the noble rank of the Prophet or his being a mercy to the worlds, blessings and peace be upon him.

As you rightly said, the death of Uqbah is mentioned in the books of Prophetic biography, such as Ibn Ishaq. After the Muslims won at Badr, the enemy soldiers were taken captive. The Prophet, blessings and peace be upon him, ordered that two of these captives were to be executed; Uqbah being one of them. This is absolutely understandable given his vitriol towards the Muslims and the suffering he had caused.

When about to be put to death, ‘Uqbah said, “Who will look after my children?” to which the Prophet, blessings and peace be upon him, answered, “The Fire.” Then he was executed. (Sunan Abu Dawud. The hadith has a sound chain of transmission.)

The scholars have commentated on what the Prophet, blessings and peace be upon him, had meant by his answer “The Fire,” and it suffices us to quote what they have said as an explanation:

There are two opinions to his answer ‘The Fire,’ blessings and peace be upon him. The first is that the Fire will be their [‘Uqbah’s children’s] destruction, meaning if the Fire is to apply to them then so will it be [i.e if they die as disbelievers, then that will also be their fate].

The second possibility is that he, blessings and peace be upon him, was using a specific style of speech [uslub al hakim – in Arabic rhetoric, when one addresses a person with words that are not anticipated by the addressee, and which goes against the outward understanding of the word, in order to make it known that the import of the words are directed specifically to the person addressed], so the meaning is, ‘For you is the Fire,’ i.e. ‘Concern yourself with yourself and what is destined for you in the Fire, and leave the affairs of your children alone, for Allah is their Provider … and this [second opinion] is the correct opinion.
(Sharh Mishkat al-Masabih)

Perhaps the Prophet’s words “The Fire,” blessings and peace be upon him, were meant as additional castigation and punishment [of ‘Uqbah], not that he, blessings and peace be upon him, was stating that his [‘Uqbah’s] children will be in the Fire, for Walid and Umarah became Muslims on the Conquest of Mecca, and Allah is pleased with all the Companions. (Sharh Sunan Abu Dawud li Ibn Raslan)

In regards this event, we should note the following:

2. At least one of his sons, Yazid was legally an adult and a disbeliever at the time, who assisted the Quraysh at the Battle of Badr. Both he and his brother Umarah later became Muslims.

3. ‘Uqbah had done everything in his power to hurt and destroy the Muslims, who up until Badr, had not fought with the Quraysh at all. ‘Uqbah was well aware of what the loss at Badr would mean for him. Additionally, the Prophet, blessings and peace be upon him, had previously warned him that he would execute him one day for his oppression and aggression, but since ‘Uqbah was in a position of power, he mocked the warning.

This is made clear by the fact that Allah revealed a verse mentioning the death of ‘Uqbah, “On the day when the wrong-doer gnaws his hands, he will say: ‘Ah, would that I had chosen a way together with the messenger!’” (Sura al-Furqan 25:27)

If critics take exception at the Prophet’s words, blessings and peace be upon him, and use it as a proof of a lack of his mercy and an example of a barbaric “medieval” nature (particularly compared to the false “meek-as-a-lamb” image put forward in regards the personality of Christ) they need only to look at the New Testament to find similar “harsh” expressions reportedly expressed by Christ, such as when he addresses the scribes and Pharisees and their evil designs against him and his followers: “Ye serpents, ye generation of vipers, how can ye escape the damnation of hell?” (Mathew 23:33) In other words, Hellfire has now become your fate.

Given what we have mentioned above, it’s important to now put the death of ‘Uqbah in perspective. Out of seventy something captives taken at Badr, only two were executed: ‘Uqbah being one of them. And this was due to their unrelenting persecution of the Muslims.

As for the remaining prisoners of war, we will allow the words of William Muir, who we should note was a Christian evangelic orientalist, and held very biased and unfair criticisms of Islam, to describe for us the treatment of the remaining captives from the Battle of Badr, so we may draw our own conclusions as to the mercy and character of the Prophet, blessings and peace be upon him:

In pursuance of Mahomet’s commands, the citizens of Medina, and such of the refugees as possessed houses, received the prisoners, and treated them with much consideration. ‘Blessings be on the men of Medina!’ said one of these prisoners in later days; ‘they made us ride, while they themselves walked: they gave us wheaten bread to eat when there was little of it, contenting themselves with dates. (The Life of Mahomet)

Turning the Other Cheek

From the above, it is clear that these is not the cold-hearted acts of a callous leader, nor the principles of a barbaric religion, as some would have people believe to be the case.

For mercy to be attributed to a person, it does not mean that the person is obliged to always turn the other cheek or pardon, nor to refrain from exacting just punishment. This is a false notion. In the same way, God’s punishing those who deserve punishment does not inhibit His being attributed by Mercy or being deserving of the Names Al-Rahman and Al-Rahim: the Most Merciful and Most Compassionate.

In worldly affairs, particularly affairs of the state, every situation must be assessed on merit, and sometimes it is necessary to exact the law or bring people to justice. To not do so in situations which demand it can be considered a weakness and dangerous.

It is well known that in war, there are times when certain individuals must be put to death. For not only are they deserving of such a fate for their heinous crimes, but it also serves the purpose of putting a final end to the threat they pose (and thereby bringing justice and peace), sending a clear warning to enemies that such aggression will not be tolerated, as well as showing a sign of strength.

We see a similar incident concerning Salahuddin al-Ayyubi and Reginald (Reynald) of Chatillon when the former regained Jerusalem from the crusaders. Salahuddin had captured King Guy of Jerusalem and Reginald, and chose to spare the life of the King, yet did not extend the pardon to Reginald, who was a particularly lawless crusader who had robbed, killed, and enslaved Muslim civilians, as well attempting to dig up and kidnap the body of the Prophet, blessings and peace be upon him!

Reginald was executed shortly after being captured by Salahuddin. Yet despite this, Salahuddin remains a revered figure who was and still is acknowledged and praised a great deal in the West for his chivalry, generosity, and mercy. Salahuddin’s decision to execute Reginald is generally accepted as an expected and normal decision of a military leader in that situation.

You mentioned the hadith that, “Al-Dahhak ibn Qays intended to appoint Masruq as governor. Thereupon Umarah ibn Uqbah said to him, ‘Are you appointing a man from the remnants of the murderers of Uthman?’ Masruq said to him: ‘Ibn Mas‘ud narrated to us, and he was trustworthy in respect of traditions, that when the Prophet, blessings and peace be upon him, intended to kill your father, he said, “Who will look after my children?” He replied, “The Fire.” I also like for you what the Messenger of Allah, blessings and peace be upon him, liked for you.’” (Sunan Abu Dawud)

This hadith has a fair chain of transmission. What is apparent from the narration is that the words of Masruq: “I also like for you what the Messenger of Allah, blessings and peace be upon him, liked for you,” was a bitter retaliation to Umarah opposing his appointment as governor and connecting his name with assassination of Sayyidna Uthman. It is not to be understood as something the Prophet actually meant, as discussed above. And Allah knows best.

I hope this clarifies the matter.

Why Do Disbelievers Go to Hell?

Answered by Shaykh Yusuf Weltch Question Allah says in the Quran “And those wh...
2 mins

Answered by Shaykh Yusuf Weltch Question Is it permissible to write about other ...
3 mins

Is It Permissible to Own and Keep Stuffed Animals?

Answered by Shaykh Yusuf Weltch Question Is it permissible to possess stuffed an...
6 mins

How Can I Convince My Husband That He Is Not Destined for Hellfire?

Answered by Ustadha Shazia Ahmad Question My husband does not pray, and his reas...