I have found a hadith that forbids it.

The wearing of gold jewelry for females is permissible according all schools of jurisprudence. As for the hadith of Asma bint Yazid from the Messenger sallaLlahu alayhi wasallam who said, “Any woman that wears a necklace of gold will be made to wear a similar necklace of fire on the day of judgement.” [Abu Dawud], scholars had three approaches to it.

Abrogation
This view holds that gold was impermissible for males and females during the initial period of Islam. However, this ruling was abrogated and gold jewelry was then permitted for females. RasuluLlah sallaLlahu alayhi wasallam had gold and silk in his hands one day and then proclaimed, “these two are haram for the men of my ummah; permissible for the women of my ummah.”

Interpretation
Another group of scholars interpreted the hadith to mean that any woman upon whose jewelry zakah has become compulsory, yet does not pay her zakah, will be made to wear similar jewelry of fire on the day of Judgement.

In short, gold is permissible for females and the apparent meaning of the hadith that you made reference to is not applicable for reasons mentioned above. 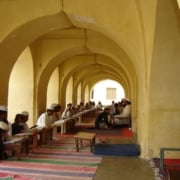 Is It Permissible for a Woman to Learn Islam From a Man? 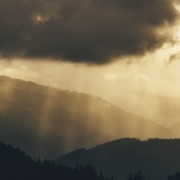 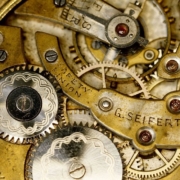 Is It Permissible to Repair Gold Watches for Men? Does Air Exiting From the Front Privates of a Female Invalidate Her Wudu? (Shafi'i)

Can a Woman Pray in Public?