We arrived in the mosque to pray congregational prayer but the Imam already made the salutations. We also saw some latecomers who caught some rak’ats in the prayer. Should we have chosen one of the latecomers to be our Imam?

According to the Hanafi school, you cannot join in congregation with a person who is making up his missed cycles (rak`ats). This is because he is, legally, basing his prayer on the imam’s, and congregants with the imam cannot lead others at the same time.

In your situation, therefore, you would appoint an imam between yourselves and make up the prayer in a second congregation, away from the mihrab (and main congregation) and without another call to prayer (adhan).

Please also see: Are Multiple Congregation Prayers for the Same Prayer in the Same Mosque Allowed?

Are There Valid Reasons for Missing the Congregational Prayer in the Mosque? (Shafi'i) 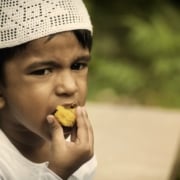 What Is the Minimum Age for Leading the Congregational Prayer? 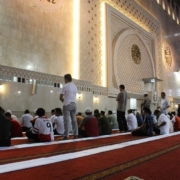 Can the Latecomer Stand After the First Salam of the Imam? 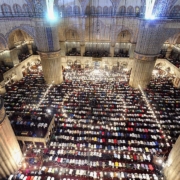