Is the friday prayer valid in prison?

There are leading Hanafi scholars who have deemed it valid for prisoners to conduct a Friday prayer.

Although a number of texts in the school stipulate unrestricted public access as a condition for a valid Friday prayer, these texts also identify exceptions to this rule, such as when access to the public is restricted due to some overriding interest (e.g. safety). Some texts, such as al-Hidaya of Imam al-Marghinani, do not stipulate this condition of public access at all.

Therefore, there is a strong basis to state that it is valid for people in prison to perform the Friday prayer provided that all other conditions of the prayer are fulfilled. This is all in addition to the fact that these individuals can follow what Shaykh Rami Nsour has stated in regards to the Maliki school. 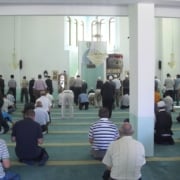 Are the Four Cycles Before the Friday Prayer Simply Recommended? 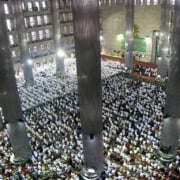 Is It Permissible to Keep My Shop Open During the Friday Prayer?

The Virtues of the Friday Prayer

What Is the Merit of Dying on a Friday? [Video]

Are There 2 Cycles of Sunna Prayer After the Call of Dhuhr on Friday?