Question: Should obscure possibilities be given consideration? For example, if someone creates a video, it is possible that another person takes a snapshot of a frame in the video and makes it into a physical picture. Another example, most well-versed people are adamant that whey does not come from pig, but the possibility still exists. In this case should whey be avoided unless certain that it does not come from a pig source?

No, obscure or far-fetched possibilities are of no consideration when it comes to legal rulings. Their very obscure nature shows that they are without basis. Both the examples you mention fit the definition of an obscure possibility.

Varying Degrees: From Certainty to Conjecture

The scholars generally divide the levels of certainty and doubt into:

a. Certainty (yaqin), defined as the attainment of conviction regarding the occurrence of something or lack of.

b. Reasonable surety (ghalaba al-dhann), which is preponderation towards correctly deeming something to have occurred or otherwise while the heart is generally assured of one’s preponderation.

c. Likely probability (dhann), which is preponderation towards correctly deeming something to have occurred or otherwise while the heart is generally not assured of one’s preponderation.

d. Doubt (shak), where there is no preponderation towards any one of the two equally possible choices and there is in fact no way of doing so either.

e. Misgiving and conjecture (wahm), which is preponderation towards incorrectly deeming something to have occurred or otherwise without any basis.

From the above, misgiving and conjecture are never of any consideration and must be ignored. To follow such misgivings would be sinful and contrary to the way of the Prophet (Allah bless him and grant him peace).

Obscure and far-fetched possibilities would fall into this category.

As for doubt, then it has some details to it.

Firstly, a person must in fact be sure of being in doubt, namely (a) there being two equally possible choices (b) where the individual does not lean towards any of the two, and (c) nor is there a way of preponderating one over the other.

If both lack of preponderation and lack of means to preponderate are present, the person would be considered in a state of doubt. Here, there are three possible scenarios:

2. Doubt arising concerning something whose basis is permissibility or certainty in which the ruling of permissibility would hold. An example of this are issues relating to purity as purity is always deemed the base assumption. As such, if one comes across some water whose color has been slightly changed and is doubtful whether this change was an effect of filth or simply due to passage of time, it would be permissible to use this water for ablution assuming it is pure, which is the default assumption.

3. Doubt arising concerning something whose basis is unknown in terms of impermissibility ot permissibility in which case the ruling of permissibility would hold with dislikedness. An example is taking wealth from someone the majority of whose wealth was gained unlawfully without being sure whether the wealth one took from this individual was from the unlawful or the lawful portion. Here, it would be permissible to deal with such a person but there would be dislikedness in doing so. As such, it should be avoided.

From the above, it is clear that in certain cases doubt may effect a ruling while in other cases it may not. The important thing to note as mentioned previously is differentiating between genuine doubt and misgivings as the latter is of no consideration whatsoever. 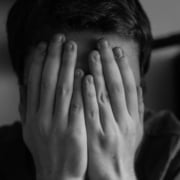 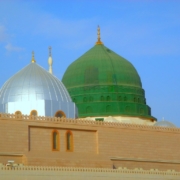 How to Answer Claims That the Prophet Never Existed?

How Can I Avoid Taking 20 Minutes to Make Wudu?