Question: What is the Islamic ruling on water liposuction?

As explained in previous answers that although Islam allows, and even encourages to some extent, non-surgical means of beautification, it prohibits having one’s body altered through surgical means due to the explicit texts of the Qur’an and Sunna prohibiting mutilation (muthla) and changing the nature created by Allah Most High (taghyir khalq Allah). All surgical procedures carried out on the body for the purpose of adornment have been prohibited by classical jurists (fuqaha).

As such, the surgical removal of excess body fat which lies just under the skin by way of liposuction is not permitted for beatification/cosmetic reasons. You have inquired about the permissibility of the innovative liposuction technique called AQUALIPO as opposed to traditional liposuction. Although harms are minimized in this method given that fat is removed gently with water-jet and there is no need for general anesthetic, hence less risk of complications, no major blood loss, less bruising and swelling, etc, it is nevertheless a surgical means of removing fatty tissue through the process of suction. It would still require a large bore cannula to be inserted to suck fat out, and thus the skin will be cut surgically, and the incision may even require stitching.

Liposuction will be permitted due to a genuine medical need. If a reliable physician advices that you should have the fat removed for health reasons, you may do so. Likewise, if the body fat is such that it is considered an abnormality to the point that it leads to a great deal of hardship and psychological pain, and there is no alternative besides resorting to liposuction, it will be permitted, for Islam permits bringing back to normality areas of the body that are deformed or damaged.

Imam Abu Dawud, Imam Nasa’i and Imam Tirmidhi (Allah have mercy on them) have recorded in their respective Sunan collections, that a Companion Arfaja ibn Aswad (Allah be pleased with him) had his nose damaged in the battle of kulab. He replaced it first with silver and then with a nose made of gold, with the consent of the Messenger of Allah (Allah bless him & give him peace). This permission was granted despite gold being unlawful for men.

As such, it is best that each individual case is discussed with a reliable scholar, Insha Allah.

Is It Permissible to Get Botox Injections? 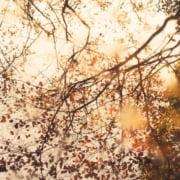 Are Nose Rings and Nail Polish Permissible to Wear in Public? 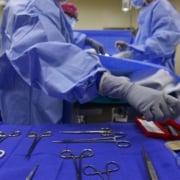 Is Cosmetic Surgery Permitted in the Shafi'i School?

Is It Permissible to Get Dental Work Done For Beautification?