When Jesus Comes Again to This World Will He Come as a Follower of Prophet Muhammad? 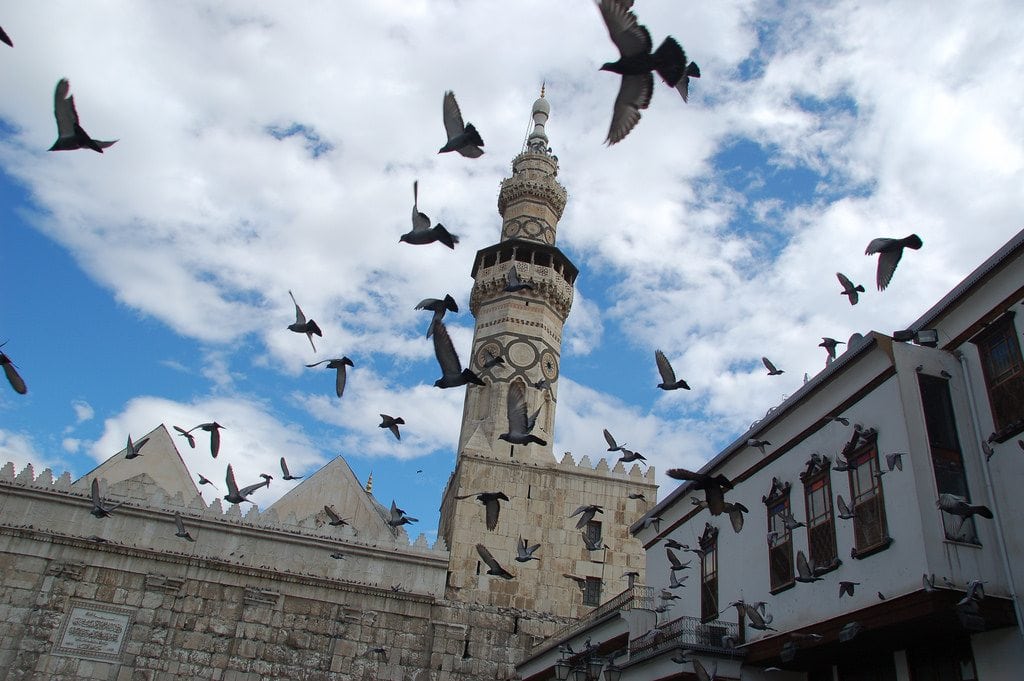 The Prophet Isa will judge and live according to the shariah of Muhammad (peace and blessings be upon him).

Abu Huraira narrated that the Prophet Mohammad (peace and blessings be upon him) said: ‘There is no prophet between me and him [Jesus Christ]. He shall descend, so recognize him when you see him. He is a man of medium height, [his complexion] is between reddish and white, he will be [dressed] in two yellowish garments. His head looks as if it is dripping water even though it is not wet. He will fight people in the way of Islam, will break the cross, kill the swine, and abolish the annual tax [Jizyah]. Allah will put an end to all religions except Islam during his time. He will slay the Antichrist and he will stay on Earth for forty years. Then, he will die and the Muslims will perform the funeral prayer over him.’ [Abu Dawud and Musnad of Ahmad]

It is clear from this hadith and other similar ahadith that Sayiddna Isa will establish Islam as the only accepted religion and govern by Islamic law.

Will the Prophet Isa follow one of the four legal schools (madhabs)?

Sayyidna Isa (peace be upon him) will be an absolute Mujtahid (able to independently derive rulings from the Quran and Sunnah). Therefore, he will rule according to his own ijtihad, not the ijtihad of any of the Imams of the four schools. This has been stated by the majority of the scholars, including Imam al Subki and Imam Ibn Hajr al Haitami and others [al Ishaa’ah li Isharaat al Saa’ah, Barzanji].

As to whether Sayyidna Isa will descend with the memorisation and knowledge of the Quran and Sunnah, there is no explicit text that mentions this. Ibn Hajr stated, and which is corroborated in other books related to the end of times, that:

‘The Prophet Isa (peace be upon him) is far above following another mujtahid Imam, rather he is better placed to make ijtihad. Furthermore, his [Isa’] knowledge of our shariah is either through the knowledge of the Qur’an alone, since nothing is amiss in the Qur’an except that we require other information [further sources and proofs] because of our own shortcomings [in encompassing the Qur’an], and certainly, all the ruling legislated by the Prophet (peace and blessings be upon him) were derived from the Qur’an.

It is related by Ibn Adi from Anas (may Allah be pleased with him), ‘We were sitting with the Messenger of God (peace and blessings be upon him), when we felt a chill and saw a hand. We asked, ‘O’ Messenger of God, what is this cold and this hand that we saw? He (peace and blessings be upon him) asked, ‘Did you really see him? We answered, ‘Yes.’ The Prophet explained, ‘That was Isa, Son of Mary, he came to give me greetings.’ [al Fatawaa al Hadathiyyah, Ibn Hajr].

The above quoted hadith from Anas, while weak, does correspond with other similar weak hadiths. Despite the weakness of such traditions, the meaning is sound, and as Ibn Hajr states, ‘That which the scholars have recorded, in fact, have unanimously agreed upon, is that he [Isa] will judge according to the Shariah of Muhammad (peace and blessings be upon him).

Ibn Hajr further clarifies, ‘And Isa is a noble prophet who will remain upon his prophethood and his [original] message, not like some, who are not qualified to do so, state, that he is one of this community. The fact that he will be among the community, and rule by their [Muhammad’s community’s] shariah, does not negate the fact that he is still upon his prophethood and his [original] message.

This last point that Ibn Hajr makes is supported by the fact that on the Day of Judgement, Sayyidna Isa (peace be upon him) will be resurrected as an independent Prophet with his own community of followers (e.g. the true and faithful Christians), and not among the community of Muhammad (peace and blessings be upon him), the Muslims.

Lastly, though well known, but worth mentioning, the second coming of Jesus Christ on earth does not in any way contravene the fact that the Prophet Muhammad (peace and blessings be upon him), is the Seal of the prophets and the Final Messenger.

And Allah is Most Knowing.

Shaykh Jamir Meah grew up in Hampstead, London. In 2007, he traveled to Tarim, Yemen, where he spent nine years studying the Islamic sciences on a one-to-one basis under the foremost scholars of the Ribaat, Tarim, with a main specialization and focus on Shafi’i fiqh. In early 2016, he moved to Amman, Jordan, where he continues advanced studies in a range of Islamic sciences, as well as teaching. Away from the Islamic sciences, Jamir is a qualified homeopath and runs a private clinic in Amman.