If one is remorseful and wishes to pay the expiation along with performing the obligatory make up fast, he can do so as a form of voluntary charity, seeking the forgiveness of God.

Breaking a Fast in Ramadan

Breaking your fast by any means without just cause is sinful, whether or not there is an associated expiation. The Prophet, peace and blessings of God be upon him, is reported to have said, “Whoever breaks a day of fast in Ramadan, without a permissible dispensation or illness, fasting an eternity, were he to do so, would not make it up” [Tirmidhi; Nasa’i]. 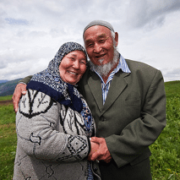 Can I Break My Fast While Traveling During Ramadan?

Not Fasting Due to a Chronic Condition Requiring Medication

How Does a Wife Forget Her Husband's past Zina?