Kissing the Thumbs, Etc. During Adhan? Question : Kissing the Thumbs, etc. during Adhan? I would like to know whether kissing the thumbs and putting them on your eyes on hearing the Prophet Muhammad (blessing and peace of Allah be upon him and his family) in the azan has any basis according to Shafi mazhab?

Answer : Ma sha’ Allah, Rabbi zidni ‘ilman!In fiqh, the discussion of taqbil al-unbulatayn wa mash al-‘aynayn is usually found at the end of Bab Adhan. Certain gestures performed during the adhan, and specifically the ‘amal of kissing the thumbs and wiping the eye, are something known to Shafi’is, and there can be no objection whatsoever by our jurists (and any jurists for that matter) to those wishing to perform this ‘amal: as far as we are concerned, it is classified under the category of the Fada’il al-A’mal [I’anat, 1:243; al-Jurdani, Fath al-‘Allam, 2:140-1].

Among its legal bases [‘ilal] is that it is a Sunna of the first Khalifa of the Messenger of Allah (may Allah’s blessings and peace be upon him!) [i.e., an Athar of the first Khalifa], and it is also based on a number of Hadiths, of which the most well known is the Hadith of Abu Bakr (may Allah be well pleased with him!):

lammA sami’a qawla l-mu’adhdhini ashhadu anna MuHammadan rasUluLlAhi qAla hAdhA wa qabbila bATina l-unmulatayni l-sabbAbatayni wa masaHa ‘aynayhi fa-qAla SallaLlAhu ‘alayhi wa sallama man fa’ala mithla khalIlI faqad Hallat ‘alayhi shafA’atI [Whenever he [Abu Bakr] heard the Mu’addhin say: “I bear witness that Muhammad is the Messenger of Allah”, he would repeat this [phrase as it is the Mandub of Adhan] and would kiss the tip of the index fingers [or thumbs] and wipe his eyes. The Prophet (may Allah’s peace and blessings be upon him!) said: whosoever does what my friend [i.e., Abu Bakr] did, my intercession will come down upon him] (Related by al-Daylami, with variants).

Almost all of the Muhaddith consider this and other Hadiths like it to be weak [Da’if] (at its lowest level, a Marfu’ Hadith [something ascribed to the Prophet]; and it is because the Hadith is Da’if that the ‘amal is counted among the Fada’il, and not the confirmed Sunna!). Nevertheless, this is definitely not a fabricated Hadith [Mawdu’], and weak Hadiths are not and cannot be considered as false and lies. Furthermore, as Sayyid ‘Alawi al-Maliki (may Allah be pleased with him!) reported in his dedicated treatise on the rules concerning the use of weak Hadiths, the Manhal Latif, that scholars of the four law-schools [madhhab] concurred by Ijma’ [Consensus]–and that this Ijma’ was recorded from the time of the Mujtahid Imam, Ahmad Ibn Hanbal (may Allah be well pleased with him!) until now–that any Hadith which are Da’if (as long as it is not Mawdu’), can be acted upon for the Fada’il al-A’mal [‘Alawi al-Maliki, Manhal, 251-253]. Literally, “Fada’il al-A’mal” means ‘extra works’; but technically it means the extra acts of devotion performed, or refrained from, beyond one’s call of duty in order to please the Lawmaker, that is, an ‘amal that can lead to it’s being classed either as recommended [i.e., Mandub/Sunna/Mustahabb] or disliked [Makruh] but never Wajib [obligatory] or Haram [prohibited]. In this mas’ala, of course, it is a recommended act (and not Makruh).

Know that he who blames others–in the name of bid’a–for carrying out an ‘amal, saying that it is based on a weak Hadith or that the ‘amal is not based on an authentic Hadith, shows a sign that he may not be a trained faqih (whether he is called a Mufti/Shaykh/Mawlana or not); and that he probably has knowledge only of the literal Arabic but not a deep understanding of what is beyond the text, which is what the jurist is expected to know. In the old days, when scholarship was taken for granted (because scholastic ‘alims were many and accessible then), even the public knew that a weak Hadith can form the basis of an ‘amal. Imam al-Nawawi (may Allah be pleased with him!), in his popular work the Adhkar, says:

“The specialists of Hadiths [i.e., Muhaddith] and the jurists [Fuqaha’] and other (scholars) have said that one is permitted, and in fact is recommended, to use weak Hadith in matters of ‘extra acts of devotion’ [Fada’il] and in ‘arousing one’s desire to do good and inspiring one’s fear from doing evil’ [Targhib wa al-Tarhib]–as long as it is not a fabricated Hadith. As for the legal rulings pertaining to what is lawful and unlawful [al-Halal wa al-Haram], buying and selling, marriage and divorce, and others like it [because all of them involve either an injunctive legal ruling [Hukm Shar’i Taklifi] (such as Haram and Wajib) or a stipulatory legal ruling [Hukm Shar’i Wad’i] (such as Shart and Mani’)] are concerned, one can only use a rigorously authenticated Hadith [Sahih] or a well authenticated Hadith [Hasan], except if a precautionary ruling [Ihtiyat] is [involved] in some matter relating to one of them. So, if a weak Hadith is found to object against some types of sales or some form of marriages, then it is recommended to avoid it (i.e., the sale or the marriage) even when it is not obligatory to do so [and even when the sale or the marriage is legally valid].” [al-Nawawi, Adhkar, 7-8]

I am not a Hanafi scholar (from whom you should really be asking your fiqhi/furu’ questions), but classical Hanafi reference texts such as those of the Muhaqqiq of your school, Ibn ‘Abidin (and in spite the fact that he knew this ‘amal is based on weak Hadiths, he nevertheless) relates the opinion that this ‘amal is permissible and even Mustahabb, that is, the act when done will entail a reward. [Ibn ‘Abidin, Hashiya, 2:84-5]. In practice, apart from the Hanafis, some Shafi’i communities have inherited this ‘amal, and among the Malikis, those who are in the Sudan.

###Qa’ida### To this end, we could sum up a point of law tersely in the following maxim: al-‘amalu bi-r-riDA yanfI l-Hurmata [an act that is consented to, prevents prohibition].
What I mean by this qa’ida is that once something has been accepted by some of the mustahiqq, in this case, the scholars and the public alike, no one has any right [haqq] to object to it.

So do not be swayed by what you read if Muslims have been doing this in the past and are still doing this fadila ‘amal. If there are others who blame you for carrying on with this inherited ‘amal, then know that the person, apart from wasting his precious time, knows not how to leave alone what does not concern him [tark ma la ya’nih] where his time could be better spent in improving the lot of the Muslims today or benefiting others in this world. Not only does he not know how to mind his own business, but he has no right whatsoever to censure [Ihtisab] you in the first place (and by not tolerating and by criticizing you on this, he himself is transgressing a well known rule of Bab Amr bi-l-Ma’ruf wa Nahi ‘an al-Munkar [roughly speaking, the duty of a Muslim to intervene when another is acting wrongly]: that the duty has no application in matters over which the fuqaha’ differed, thereby making himself liable for others to advise him). Furthermore, what is more embarrassing is that there is no legal basis [‘illa] and cause [sabab] that warrants a Hisba for this case, or at least no jurist properly schooled will ever entertain the thought. For when others are blamed by a Muhtasib for carrying out this ‘amal, it is no different from the case of someone becoming upset at the sight of a pedestrian suddenly stopping to remove a wad of old chewing gum from his path (ponder over this!) or at the very minimum, complaining why a customer is buying only apples and not oranges.

According to Shafi’i jurists, this act is counted among the Fada’il, and there are undeniable benefits for those who wish to take from it and they are means to make one rich in the Next world; and in the same way that the one performing it cannot criticize others for neglecting it, nor can others criticize those who carry on doing it. It is a matter of personal choice (for one’s private-but-made-public bank account is no one else’s in the Next world) if one wants to take or overlook this Fadila in this world: take it or leave it, no more.

May this be of benefit.

Your silent brother in Oxford, 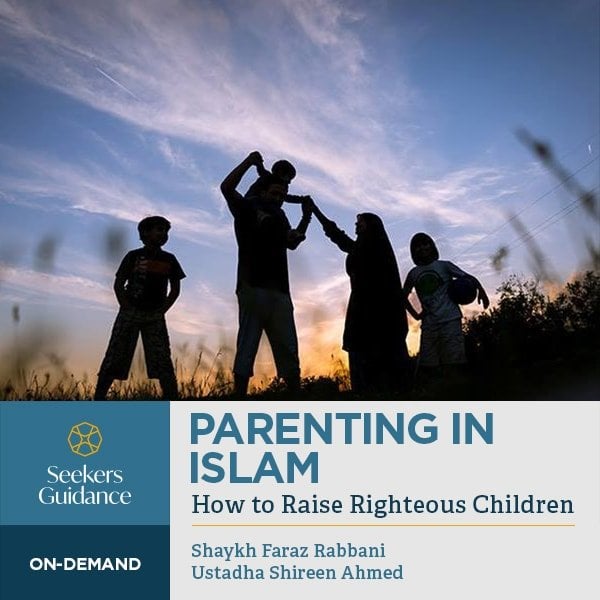