Question: Ever since a recent class in school, my Iman is not with me. I don’t know what ruling will apply to my situation. I know the scholarly answer would be to ignore all forms of waswas. Nevertheless, as I have grown, I have come to understand that “knowledge is power” so whenever the doubts that arrived came into my head, I noted them down. Please answer them for me in detail as they have tarnished my iman, they don’t feel like waswas, they have almost drawn me away from the faith.

1. Nabi (saw) could have been a fortune teller himself, learning from Jinns the matters of the heavens
2. He (saw) was a magician
3. When he used to retreat to the cave, he slowly built an agenda, wanting power. In the cave he (Saw) worked on how he would receive “revelation” and how he would postpone it (in the initial stages). In the cave a christian like Waraqa or any individual accompanied him teaching him the works of the bible.
4. He forged the Quran
5. His plan failed, that’s why in the initial stage, he contemplated suicide.
6. If he was Allah`s beloved, why did he get poisoned, as a result of his demise.
7. The Quran says “a few years” for the victory, why couldn’t Allah say the exact date.

I know to all these you might tell me to ignore them, that’s not working, please do help me with rebuttals.

May Allah reward you for your questions. Rather than being wrong or shameful, seeking answers is an important part of this religion: Allah commands us to “ask the people of remembrance if [we] don’t know” (16:43).

Islam is a religion of knowledge, so questions, whether big or small, are not discouraged in our tradition. However, it is also important to recognize when such questions carry Satanic whispers with them (wasawis), and act accordingly.

My advice to you in this regard is to mark down your questions and ask them, but to not let them affect your faith. Questions are natural, but know that any damaging effects they have come from the Shaytan. Remember that this tradition is solidly based on rational knowledge as well as revelation, and that any question you may have has been asked and answered numerous times before.

Therefore, you should realize that the problem is that you simply haven’t learned enough about Islam. Shaytan exploits this knowledge-gap to make you doubt your religion by making you assume the worst, even though you have no evidence for that assumption. The true and measured reaction is to suspend judgment on the issue in question until you have learned about it.

The more you study this religion with reliable scholars, the more certainty you will have that any and all questions or doubts that a Muslim might encounter have already been answered. The only issue at hand is that you haven’t found such answers yet.

You mention a number of questions, so I will try to answer them in a concise manner. If they are not detailed to your satisfaction, I suggest you embark on a more detailed study of the related subjects, since that is the only way to really learn about the religion in a beneficial manner.

Doubts about the Prophet

The first four questions of yours return the broader question of the veracity of the Prophet (peace be upon him): namely, how can we trust that he is who he says he is? The following answers should help clear this matter up:

1. The following answer contains some of the proofs for the veracity of the Prophet’s message: The Truth of Islam, the Qur’an, & the Prophet Muhammad (Peace and Blessings Be Upon Him)

2. This answer addresses the related issue of how we know that the Qur’an is from Allah: How Do We Know the Qur’an is Inimitable and Thus From Allah?

3. This answer outlines the differences between magic and miracles: What is the Difference Between Black Magic and a Miracle?

Some additional points to remember:

– If the Prophet (peace be upon him) spread lies concerning revelation, Allah the Exalted would have destroyed him (see 69:44-48).

– The Prophet (peace be upon him) had no say in what went into revelation, as evidenced by the fact that Allah revealed that which he (peace be upon him) would have rather concealed (see 33:37) and chastised him for any minor errors he made (see 80:1-10)

– If the Prophet (peace be upon him) wanted power, he could have simply taken it from the Quraysh when they offered it to him in exchange for stopping his message. It is related in the books of sirah (Prophetic biography) that he rejected their numerous calls for a compromise, saying that he wouldn’t stop preaching even if they “put the sun in his right hand and the moon in his left hand.” Even after numerous victories, the Prophet (peace be upon him) led a simple life, advising others to abstain from this world and from what other people have [Sunan ibn Majah]. This demonstrates that he (peace be upon him) wasn’t after power or wealth.

As for the idea of the Prophet contemplating suicide, the reports that mention this are considered weak and rejected. Its chains are broken and sounder versions of the same narration do not mention the line about him contemplating suicide. (See the following explanation from Shaykh Gibril Haddad: http://www.livingislam.org/k/whb_e.html)

Allah also informs us that previous prophets were killed by their own people (ex: 2:61). Indeed, the Prophets (peace be upon them) were protected by Allah with regards to revelation and committing errors, but they were not protected from all types of harm or death. They were humans as well, so they were capable of being hurt, poisoned, or even killed, just like the rest of us.

Exactitude and Dates in the Qur’an

As for your final question, only Allah knows best what He reveals and what He conceals. There is no doubt that Allah knew the exact date of when the victory was going to happen, much as He also knows when the Hour will come and when the Judgment will happen. However, the Qur’an is not a book of historical facts and predictions: it is a book of guidance.

The wisdom behind concealing this sort of knowledge is to encourage us to prepare for these events. If Allah told us when the Day of Judgment was to happen, many of us would delay in our preparations for it, not realizing that every moment counts.

It is a vain pursuit for us to obsess over what the Qur’an doesn’t say; rather, we must focus on what it does say, and strive to implement it. Remember that what the Qur’an does tell us is plenty: knowledge about the afterlife, guidance for success in this world and the hereafter, the essentials of belief and action, and much more.

The answers I provided above are but a drop in the ocean of Islamic knowledge. If you are serious about getting answers, you have to study the religion in a clear and organized manner with reliable scholars, such as the ones here at SeekersGuidance. I suggest you begin with courses on aqida (creed) and seerah (Prophetic biography), since those will answer a lot of your concerns about how Islam began and why we follow the noble Prophet (peace be upon him). These classes will be perfect opportunities for you to learn and ask your questions.

I hope the above answers helped, and that you use this as motivation to take classes on Islam. However, as I mentioned before, the very fact that you are having a crisis of faith indicates that these questions have an element of Satanic Whispering in them. Satan is a clear and persistent enemy, and he will always be there to whisper doubts into your mind as you keep learning. Therefore, I highly encourage you to guard yourself from his damaging insinuations, and to carefully follow the advice outlined in the following answers:

Satanic Whisperings Are Making Me Withdraw From Muslims

Dealing With Devilish Insinuations Regarding the Existence of God

May Allah guide us all to the straight path, increase us in knowledge and certainty, and protect us from evil thoughts. And only with Allah comes success. 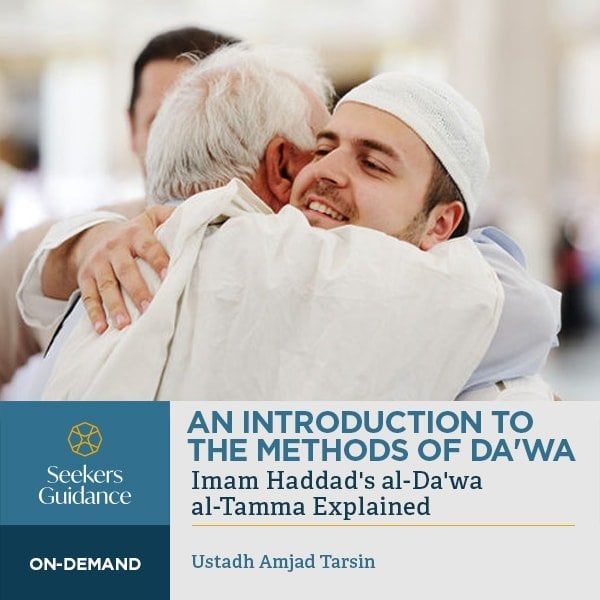