I am a convert to Islam, and would like to get married soon.  Like many converts, I do not have a wali.  I realize how valuable this role can be, and would like to have an imam or other pious/learned man serve as mine while I go through this process.

I have sought out help locally, but keep encountering obstacles.  Ideally I’d like to have a wali who would take a bit of time to know me, so that he can help me make an educated decision regarding compatibility.

Could you refer me to someone who might be willing to take on the responsibility of serving as my wali?

Jazakallah khair for your time, and I look forward to your response, insha’Allah.

You are correct that having a wali is important in the process of selecting a spouse. Keep in mind, however, that the Islamic schools of law (bodies of differing legal interpretation of the Qur’an and Prophetic tradition) are not unanimous about a woman’s having to have a wali. For example, the Hanafi school does not require women to have a wali and this position is particularly helpful to women who convert to Islam and do not have Muslim male relatives to assist them in finding a spouse.

Having said that, I’m not a fan of going it alone and I do urge you to make friends with the women in your community, and particularly in the mosques of your larger town, as this will aid you in expanding your network. I don’t know of anyone in that part of the country to recommend personally, but you might contact the ADAMS Center in Virginia for a referral to an Imam in  your area.

May Allah make things easy for you and send you a righteous husband,

TAGGED WITH:: finding a spouse, finding a wali, marriage, wali 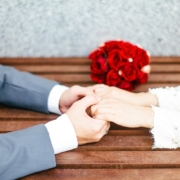 How To Manage Problems With In-Laws - Shaykh Faraz Rabbani

What Is the Process for Delivering a Proposal For Someone's Hand In Marriage?

Is It Haram to Get Two Sisters Married the Same Day?

Staying Connected to Your Purpose Even When Your Marriage is Rocky

I Want to Marry Someone but He Wants Me to Wait Three Years.