If many non-Muslims suffer from ignorance about Islam, some Muslims are also ignorant about their own tradition. Expressed as an ideology anchored in opposition to the West, and determined to wage a universal jihad, these Muslims reduce Islam to a violent anti-intellectual force. Even when retaliating against transgressions by an enemy, the classical Islamic jurists not only understood that acts of terrorism (hirâbah) were punishable by death, they viewed these acts as cowardly and even contrary to the ethics of Arab chivalry. 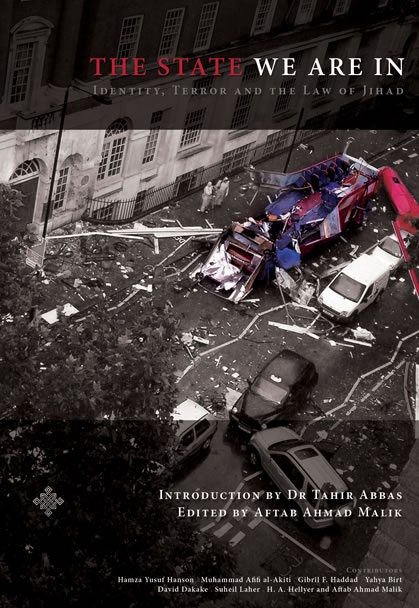 Far from what we see on our TV screens today, the overriding imperative in Islam is mercy and compassion. Muslims have always known that aggression and excess are forbidden and that mercy, compassion and forbearance are the benchmarks of human dignity. There are innumerable commandments that urge Muslims to show these qualities at all times, despite the conditions in which they may find themselves in, such as: { On those who show compassion, God is the most compassionate } (Qur’an 12:64); { Wrong not, and you will not be wronged } (Qur’an 2:279); { If you pardon and overlook and forgive, then surely God is Forgiving, Merciful } (Qur’an 64:14). Likewise, the hadith literature, the sayings of the Prophet Muhammad God bless him and grant him peace, are replete with words urging the believers to be just, compassionate and merciful. The Prophet related that God said: “O My servants, I have forbidden Myself injustice, and have made it forbidden to you; so do not be unjust.” He also said: “Whoever is guilty of injustice against a fellow human being, whether in regard to his honour or anything else, let him seek his pardon for the Day of Resurrection [ … ]”. In another saying, he said: “God is Compassionate and loves those who are compassionate. He is gentle and loves those who are gentle to others. Whoever is merciful to creatures, to him is God Merciful. Whoever does good for people, to him will God do good. Whoever is generous to them, to him will God be generous. Whoever benefits the people, God will benefit him”.

Knowing full well that the Qur’an teaches Muslims not to allow hatred to drive Muslims to aggression, the Prophet’s words are clear: “Have mercy on people so you may receive mercy; forgive people so [that] you may be forgiven.” The Qur’an does not demand that everyone be Muslim, but rather, the Islamic message is that of honouring humanity and bestowing dignity upon the whole of humankind. The Islamic doctrine teaches that dignity of humanity precedes that of faith or even no faith. Having faced thirteen years of oppression in Makka, the Prophet Muhammad God bless him and grant him peace, migrated to Medina at the request of its tribal leaders and found himself in a multi-ethnic, multi-tribal, multi-cultural and a multi-religious setting. The Jewish Rabbi, `Abd Allâh ibn Salâm went to see the Prophet and to hear what he had to say. He narrated that the first sermon that the Prophet delivered in Medina was: “Oh Humanity, spread peace. Provide nourishment for people. Pray in the night when people are asleep and you will enter into Paradise in security and Peace.”

Muslims today must be strong and frank. We need to be supporters of justice even if it is against our very own selves, as the Qur’an instructs. Islam teaches that with infliction comes the strengthening of belief, not its corruption. When faced by threat and persecution, Muslims turn to the prayer of Prophets: { God is enough for us – and what an excellent Guardian! } This is how faith is articulated when we have trust in God at all times. When faith is replaced by tribalism, the response is different; Muslims experience the states of hopelessness, blame, resentment and helplessness. Prayer is substituted for rhetoric and rhetoric leads to hate. In this state, Islam has been enmeshed by the emotions of anger, hate and revenge; emotions which Islam views as detrimental to the human soul. The Qur’an warns against senseless killing saying: { Whoever has killed a single human without just cause, it is as if he has killed the entire humankind. }

While many people in the West have a certain degree of fear of Islam, many Muslims hold onto resentment, and by allowing a small group of people to manipulate these emotions, these tribes intend that people across the world should speak in absolutisms: “hating Islam” and “hating the West”. Tribal religion and tribal nationalism should be rejected in favour of seeing the human race as an extension of the family of Adam and Eve, with every member of the family having an inherent and inalienable right to dignity and honour.

Taken from livingislam.org with permission.