Question: Is the hadith:’ love of this world is the root of all evils’ authentic?

Source of the Statement

The statement you are referring to is:

It is a hadith in Bayhaqi’s Shuʿab al-Iman, traced back to al-Hasan al-Basri, who ascribes it to the Prophet, peace and blessings of God be upon him. The vast majority of the narrations from al-Hasan are considered authentic.
It has also been ascribed to the Prophet Jesus peace be upon him [Abu Nuʿaym, Hilya; Bayhaqi, Zuhd].

Meaning of the Tradition

Irrespective of its provenance, a large number of works dealing with purification of the soul relate this tradition, including Imam al-Ghazali’s Revival, Abu Talib al-Makki’s Sustenance of the Heart, and others.

Imam Jamal al-Din al-Hubayshi, in his short work on themes related to knowledge and its people, Nashr Tayy al-Ta’rif, explains that the hadith does not mean that love of this world is always blameworthy. What is blameworthy is the type of behaviour exemplified by the Pharoah, Qarun, and others: loving this world for its own sake; yearning to remain in it; a desire to revel or bask in the excesses of this life, to the point of usurping others’ rights; insubordination to divine commandments; and focusing on this life to the extent of rejecting or forgetting the hereafter.

When a person’s love for this world is so characterized, it constitutes for them the source for all evil, as it facilitates for them further sinful behaviour. It causes people to lose interest in the permissibility of their earnings, and manipulates their internal states to the point where being warned of punishment no longer affects their soul.

In contrast, a person who knows God does not desire this world for these aims; rather it is a means for him to attain the hereafter. Imam al-Ghazali, in his Beginnings of Guidance, explaining this tradition, says that were a person to take from this world only as needed, to assist themselves towards the hereafter, it would be like a field to him in which he sows for the future. But if one were to use it as a place of merely fulfilling his desires, it would become for him a place of destruction.

TAGGED WITH:: love of the world, zuhd 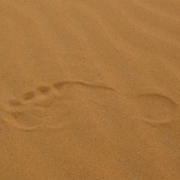 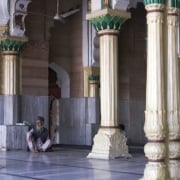 The Best of Spiritual Actions - Imam Shadhili relates from his teacher, Ibn Mashish