I have heard some scholars say that homeopathy is permissible and some say that it isn’t. Since there is alcohol in the mother tincture, how is it considered permissible?

Jazakum Allah khayr for your question, which I have heard many Shafi‘i’s ask. It would be worth discussing this in detail to disperse any confusion.

The use of alcohol in medicinal substances is permitted in both the Hanafi and Shafi‘i, with specific conditions.

Homeopathic remedies come from various sources. The substances are placed in alcohol for preservation. This is what is called the mother tincture. From the mother tincture, one drop is diluted in different measurements of water, and sucussed (vigorously shaken) to varying degrees, which make the various remedy potencies. There are also other forms of homeopathic remedies, which use more or less alcohol in the pharmaceutical process.

In summary the presence of alcohol can be found in

Ruling on using alcohol in medicine in the Hanafi school

The Hanafi school permits the use of non “wine” alcohol (such as from grains), but not “wine” alcohols which is alcohol derived from grapes, dates or raisins. This permission is on the conditions that

(More details on the Hanafi position, with textual sources, can be found here.)

Ruling on using alcohol in medicine in the Shafi‘i school

In the Shafi‘i school, there is no differentiation between the source of the alcohol. If the liquid is an intoxicant (muskir), then it takes the ruling of alcohol (khamr).

According to the reliable opinion, it is prohibited to use alcohol in pure form, for any purpose, other than if one was choking to death, and there is no alternative.

As for alcohol when mixed with other substances, then it is permitted to use with the following conditions,

Second position: There is a weaker opinion in the Shafi‘i school that hold that using alcohol is permitted in the use of medication, even when not admixed and regardless of its source, on the condition that it is not taken in the amount that it intoxicates. While this opinion is weak, and weak opinions are generally not encouraged to follow without need, the benefit homeopathy can offer people can be measured against this consideration, if and when needed.

1. Alcohol being admixed: Most homeopathic remedies are extensively diluted in water, until there are no traces of the mother tincture, so there is no discernible trace of alcohol or any other substance left.

2. Pure alternatives: Homeopathic principles and remedies work in a completely different way to any other therapeutic medicine, including herbal or naturopathic medicine, as they simultaneously promote healing on the mental-emotional and energy levels of a person as well as the body, even in acute treatment.

The closest alternative one can get to the far reaching and profound effects of homeopathy is perhaps authentic traditional Chinese acupuncture (to be differentiated from the widespread Chinese Medicine widely available now, including in China itself). Masters trained in genuine traditional Chinese medicine and acupuncture are rare and fast disappearing, and therefore, it is not a viable alternative.

For these reasons, homeopaths will argue that homeopathy is incomparable to any other medicine or alternative therapy, even if such alternatives were pure. This view is open to difference of opinion; as non-homeopathic physicians may say otherwise. On this point, we refer to the third condition below.

3. Being informed by an upright Muslim physician, or that one knows through their own experience: Sacred law does not differentiate between convention/allopathic medicine and alternative/natural medicine, and advice can be taken from an upright, qualified, Muslim physician from any background. It also allows the decision to use medicines to be made by the patient themselves, if it is based on previous experience.

Solidification: As for the use of alcohol in the solidification process, then there is no alternative to this. As mentioned, this is used in almost all tablet/pill form of medicines, homeopathic or otherwise.

LM potencies: In regards LM potencies, these do not fulfil the first condition of the alcohol being totally untraceable, as they consist of a drop of the mother tincture in a high concentration of alcohol. However, these remedies are indispensable in the treatment of complicated conditions such as tumours, ADHD, diabetes etc. As such, one may either take the Hanafi opinion when using them, or the second (weaker) Shafi‘i opinion we mentioned.

(The above can all be found in Shirbini’s Mughni al-Muhtaj, in the chapter of Foods.)

From the above discussion, we can see that the vast majority of homeopathic remedies can be considered permissible in both the Hanafi and the Shafi‘i schools. In the Shafi‘i school, the issue of whether a reliable physician informs one that there is a pure alternative or not, returns to the physician being consulted and the patient’s own understanding and preference to medicine. The sacred law does not force one to adopt one view on this.

The options one has in the use of homeopathy is, to either follow the Hanafi opinion, to follow the reliable opinion of the Shafi‘i school (which permits its use on the condition that one knows or is informed that there is no similar pure alternative), or follow the weaker Shafi‘i opinion, which is broader than any of the above.

In regards to other sources of impurities used in medicine, the Shafi‘i conditions and rulings described above in regards to alcohol, also apply in both the Hanafi and Shafi‘i school.

Since the question was asked directly about my own personal practice, it may be of use to briefly discuss my entrance into homeopathy and my practice of it. Before beginning my studies of homeopathy, I submitted a series of questions to various scholars in Tarim, Yemen, and Amman, Jordan. The summary of which is what I have described above.

Shaykh Umar Khatib of the (Shafi‘i) Fatwa board of Dar al]Mustafa, Tarim, consulted various doctors on the matter, and they all affirmed the powerful benefits of Homeopathy. Shaykh Hussein al-Haddad (also on the fatwa board), overseeing the questions, confirmed that not only would it be permissible to practice homeopathy, but it would be fard kifaya (communally obligatory) for me to do so, as it is a much needed therapy that will benefit our community. Habib Abdullah Mehder, a senior lecturer of the Ribat Tarim, and one of my own fiqh teachers, also confirmed the permissibility of its practice, through various discussion on the aspects of homeopathy during my subsequent years of study under him.

It was also confirmed by the above scholars, that should I qualify as a homeopath, then I would be able to fulfill the role of the “qualified, Muslim physician”, in order to advise others, according to my opinion. As an experienced homeopath, it is my genuine conviction that there is nothing to compare to homeopathy, both in its efficacy, profound depth, and speed in healing, as well as its general availability and affordability to the public.

In regards to Hanafi fiqh, Shaykh Ashraf Muneeb was consulted, and confirmed its permissibility in the Hanafi school and the validity of the whole pharmaceutical process. Shaykh Nuh Keller was also consulted, and he found no objection to it or undertaking its study. I have treated many scholars of both the inward and outward sciences, across the various madhabs, with homeopathy, without objection.

In addition, I also consulted various reputable homeopathic pharmacies both in the UK and the US, such as Helios, Ainsworth, Waleada, Nelsons, Health Canada Pharmacy, to fully confirm the pharmaceutical process and to ascertain if there was any alternative to the use of alcohol, both in the production of the mother tincture and the solidification process, all of whom affirmed that there was no alternative, both in terms of efficacy and manufacturing feasibility.

This is what I have understood, taken, practice, and teach. And Allah knows best. 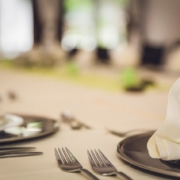 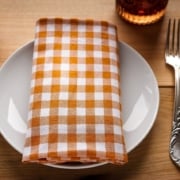 Can I Work in a Restaurant That Sells Alcohol?

Can Medicines Containing Alcohol Be Taken to Prevent Disease? 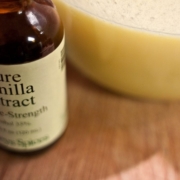 Is Vanilla Essence Impermissible When It Contains Alcohol?

Can I Work for a Restaurant Serving Pork and Alcohol?
Scroll to top