Question: The book ‘Remedies from the Quran’ contains different types of dhikr that can be done to achieve certain goals. For example it says that if you write Surah Yusuf on a piece of paper and wear it, your wife will increase in love for you.

Is it something permissible?

Yes. These are permissible.

Although some of them may sound odd to people not part of the broader context of the scholars who prescribed such practices, there are two things to keep in mind when understanding the ruling of permissibility:

(a) The primary texts do not stipulate a specific form/wording of dhikr or du’a that is impermissible for a person to depart from. Rather, the command in the Qur’an to “remember God” is unconditional and, therefore, any form or wording of dhikr may be used provided it does not contravene what the shariah has clearly obligated, prohibited, or disliked.

(b) The formulas recommended by scholars that are mentioned in the question fall under the general permissibility of dhikr and du’a mentioned above. As for affirming that X verse or Y utterance has a particular effect, while this may not be explicated in the primary texts such an absence does not mean it is impermissible or baseless. Such formulations are generally based on the experiences of scholars who have seen particular benefits arising from specific verses and dhikr formulations. In other words, these scholars do not claim that these benefits and forms are specifically mentioned and prescribed in the shariah. This is important to keep in mind.

In light of the above, there is no issue in the practices mentioned in your question.

Please see: Is It Permissible To Seek the Aid of Jinn? and: The Concept of Bid’a in the Islamic Shari’a 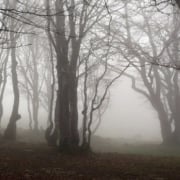 Jinn, Black Magic and How to Protect Yourself, by Shaykh Amer Jamil

Prayers That Are Never Answered

Afraid to get groceries? Ustadha Anse Tamara Gray on being a Muslim woman in today's turbulent climate

The List of Honour, Surat Āl-Imran (verse 53): Duas from the Qur'an Explained

Characteristics to be Adopted: Controlling the Tongue - Imam Zaid Shakir