Can you please explain in detail the awra (nudity) of a man in different situations, in front of men, women, unmarriagable kin and so forth?

However, there are other concerns, and just because one can expose his chest, for example, it doesn’t mean he should. This should be restricted to activities like swimming, etc. Otherwise, one should still dress with dignity even in situations where minimal clothing is required.

The Messenger of Allah, Allah bless him and give him peace, said, “Every religion has a [characteristic] trait. The trait of Islam is modesty.” (Ibn Majah).

There is no ‘awra between spouses, but they should cover themselves with a blanket when they are intimate in light of the above hadith and others which encourage modesty in the presence of angels. 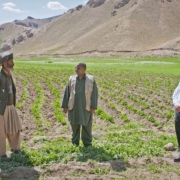 Sisters-Only Swimming: What is the Proper Swim Attire to Wear Around Others?

If I Find a Hole in My Clothes That Exposes My 'Awra (Nakedness) After Completing Prayer, Would… 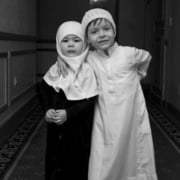 Can a Nephew See and Touch the Neck and Breast of His Aunt?

What Is the Male Dress Code According to the Shafi'i School?