If I had bought a mobile phone with haram money in the past, do I actually have to sell the phone and then dispose of the money by giving it to charity? Or should I simply give the equal amount of money from my possession to charity? Does the phone remain haram to use forever?

No, you may keep your phone as you are only required to return the portion of the unlawfully acquired wealth (mal khabith) to its rightful owner, or when not possible, to give the amount away in charity (sadaqa) without any expectation of reward.

The basis is that money acquired through unlawful means, such as theft, misappropriation, bribery or otherwise, is unlawful to use for your benefit. Allah Most High says, “You who believe, do not wrongfully consume each other’s wealth but trade by mutual consent.” [4:29]

If it is used in some manner, however, the specific amount would enter your dues (dhimma). The same would apply in the case that the unlawful wealth was mixed with your other wealth, except that here it would automatically fall into your dues.

Nevertheless, you need to repent for your wrong: the wrong of having taken another’s wealth without permission, and the wrong of having used it instead of returning it. Consider also giving something extra in charity by way of remorse because good deeds wipe out bad ones.

But remember that the Prophet (Allah bless him and give him peace) said, “The one who repents from sin is like the one who never sinned.” [Ibn Majah] So be of good cheer, and have hope in your Ever-Merciful Lord.

Please also see: Accepting Wealth from a Person Whose Wealth is Predominantly Unlawful and: How Do I Get Rid Of Haram Money? and: Bringing Barakah Into Your Wealth and Life and: A Reader on Tawba (Repentance) 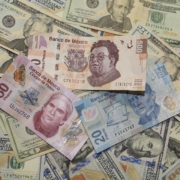 What is the Ruling on Receiving Things From Others That Were Acquired With Unlawful Money?

Wasting Time at Work and Personal Use of Its Resources

How Do I Get Rid Of Haram Money?

Getting Rid of 'Fixed Income' Returns

Can I Borrow Money From Someone Whose Income Comes From an Unlawful Source?

Can I Get Rid of My Interest Money by Giving It to My Uncle?