Question: Lately, Isha prayers have been starting really late, for example at 11 pm and Fajr is at around 4 am. As I go to school, I have to wake up at 6.30 am and this means I won’t get much sleep. I also have health problems when I don’t get enough sleep. I still want to pray Isha, but I have to go to sleep before the Adhan for Isha is given.

Now, my question is: Until when can I pray Isha? I heard Isha is still valid up until Fajr Namaz. It is makruh and disliked but the prayer is still valid (from what I’ve heard). This would mean that I could wake up (e.g. 30 or 40 minutes) before Fajr Namaz and pray Isha and then wait for the Fajr Adhan and go pray Fajr as well.

Is it okay for me to pray Isha that late and will my prayer still be valid if I do so? I follow the Hanafi Madhhab, and from what I know it is not allowed to combine prayers but is this what I just said combining prayers? I believe not, because every Salah is prayed in its given timing, right?

It is somewhat disliked (makruh tanzihan) to delay isha past half the night, yet is still considered to be ‘on-time’ (ada’) as long as performed before the break of dawn (fajr). [Ibn Abidin, Radd al-Muhtar]

It is best to pray isha before one sleeps, and in general disliked to sleep after maghrib prayers. Yet if there is undue hardship in this, one may perform isha any time in the night, as long as it is done before fajr. One should also be aware of the different ways of calculating fajr: the 18 degree method is the earlier one and closer in accuracy than the 15 degree.

As long as each prayer is performed in its respective time, then it is not considered ‘combining prayers’, which is not allowed in the Hanafi school (aside from two cases on hajj).

What Happens If the Current Prayer Time Exits While I Am Praying? 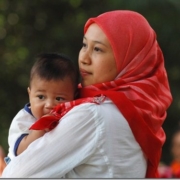 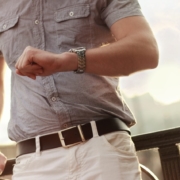 Is It Persmissible to Delay Prayers Due to Work and Heavy Traffic?