In an article which talked about a naration of a king who let a shafi’i and a hanafi pray, so he could decide which prayer was of better faith the hanafi says the Takbiratul Ihram and the quranic verses in persian. The author backs this up with a quote from “durr e mukhtar” by Imam Haskafi:

How is this quote meant by the imam?

Thank you for your question. May I kindly remind you that the internet is full of people lacking much religion (din), let alone any deep understanding (fiqh) of it. Thus, I advise that you don’t poison your heart and soul with the slander of the unlearned, irreligious Muslims who have nothing better to do with their time.

The article you’ve sent is patently nonsense. However, I will respond to the point you have asked about out of respect for your question.

The position of the Hanafi School is that it is impermissible, unacceptable and invalid to recite in any language other than Arabic during the prayer, unless the person is incapable of reciting in Arabic. This ruling is stated by the primers of the Hanafi School, namely, works which transmit the positions of [primarily] the Imam, and his two main students. In the case of any unclarity regarding the positions of the Imams, these authoritative texts are what we rely upon.

Imam Abu Hanifa (Allah Most High be well-pleased with him) had a nuanced view of the Qur’an. He held that the Qur’an comprised of two perspectives: the perfectly, revealed words (nazam) and the meaning (ma`na). His original position was that it would be legally valid to recite the Qur’an in other than Arabic because this is also Qur’an from the perspective of its meaning. However, the sound and relied upon position is that he retracted this judgement, and concurred with the view of his students who said that prayer in non-Arabic is invalid except in the case of inability.

As for the point mentioned by Haskafi in al-Durr al-Mukhtar [and others before him], it is a sound application of the [original] principle of the Imam. Thus, the permission extends to reciting the Qur’an alone. If a person recited a verse from the Bible, Psalms or Torah, and such a verse directly corresponded to, and undeniably contained the meaning of, a verse in the Qur’an, this would be acceptable insofar as he is reciting the meaning of the Qur’an. This is conceivable given the original, revelatory nature of such books.

The upshot is that this is the nature of law (fiqh) and jurisconsults (fuqaha). They work with a given set of principles to extract rulings which will enable humankind to worship Allah Most High until the end of time. If things seem unclear or unreasonable, you should consult with living jurists who can clarify the matter for you. Everything else is misgivings and ill-opinion of some of the greatest of the Elect (awliya’) of Allah. And we seek refuge in Allah Most High from the devils of mankind and jinnkind alike. [Qur’an, 114] 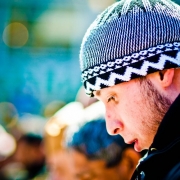 Can I Pray in English and Arabic During the Prayer?