The Fiqh of Chronic Excuses and Ablution 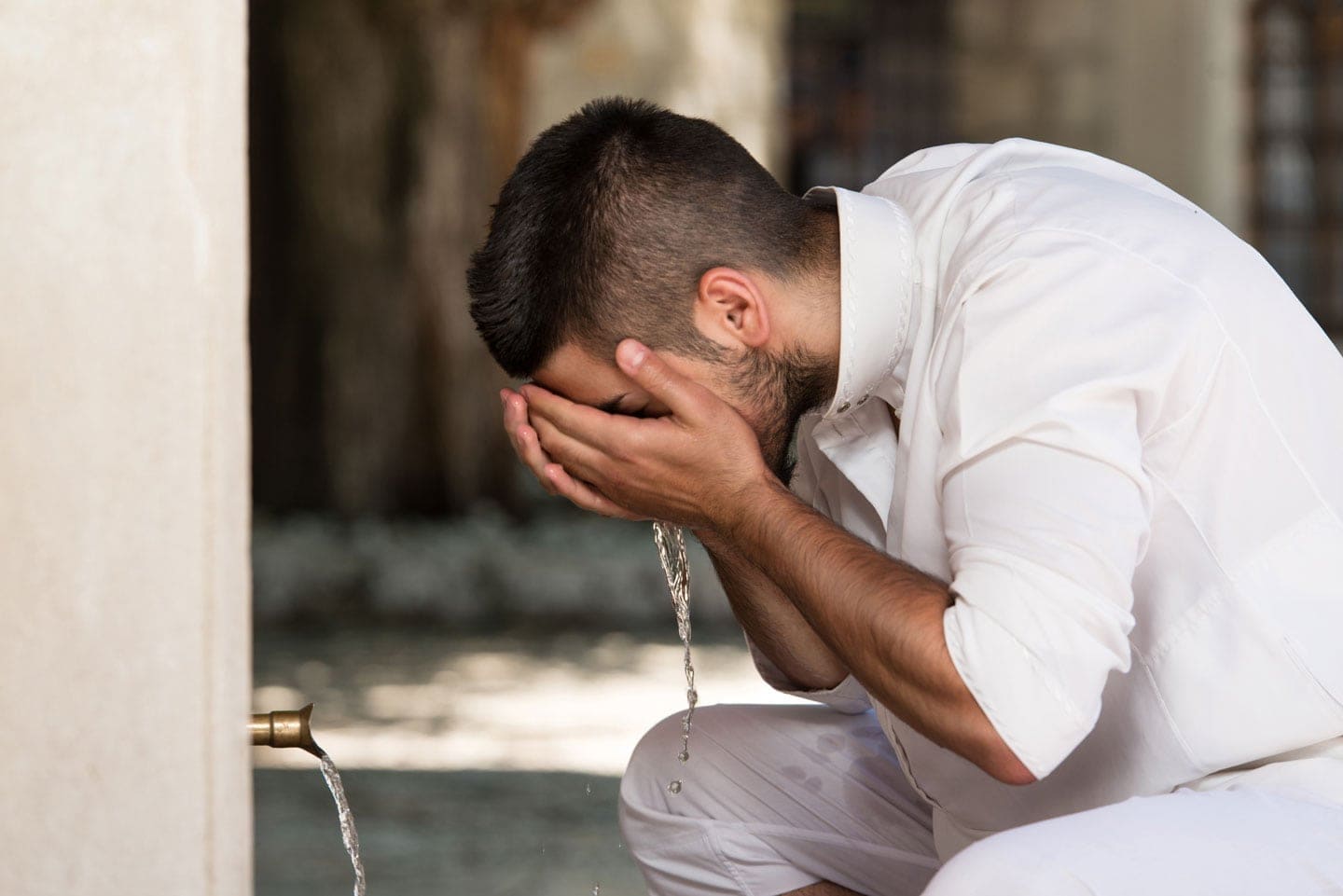 Question: Could you please detail the fiqh of chronic excuses and ablution?

Answer:  If someone has a chronic excuse (`udhr) such as being unable to stop intermittent drops of urine, or one whose bowels have become loose, should:

1) perform wudu at the time of every fard prayer and

2) pray with that wudu as many fard or nawafil as one wishes.

Aisha reports from the the Prophet (Allah bless him and give him peace) that he told Fatima Bint Hubaish, “Perform wudu at the time of every prayer.”

1) the expiry of the prayer time or

2) the occurrence of that which invalidates the wudhu, other than the current reason.

The conditions for being considered someone with a chronic excuse are of three types:

1. The condition of initiation: This is that an entire prayer time passes with the excuse (that renders one unable to retain wudu) present such that one did not have enough time to perform a minimal wudu and pray a quick prayer.

If bleeding starts during the time of a prayer, one waits until the end of the prayer time (or until just before the disliked time, in the case of Asr) in hope that the bleeding stop, and then prays immediately after performing wudu (and striving to take the means to stop or minimize the bleeding).

2.  The condition of continuation: To remain considered as someone with a chronic excuse, it is merely necessary that the excuse exist once in each prayer time. (This illustrates the legal maxim, ‘Continuation is easier than initiation.’)

3. The condition of termination: One is no longer considered legally excused, and therefore unable to act on the dispensation given to such an individual, after an entire prayer time goes by without the excuse occurring. [Ala’ al-Din Abidin, Gifts of Guidance]

It is necessary to take all reasonable means to stop that which makes one unable to retain one’s wudu. So, for example, if it is possible to pray sitting without the excuse (such as passing wind) occurring, one must pray sitting. [ibid.]