My cousin will be marrying a Hindu woman who does not plan to convert to Islam before the wedding. He has also agreed to have the wedding conducted according to Hindu customs and rituals.

Would it be permissible for a Muslim to attend this wedding? If not, how does one continue family ties?

While a Muslim male may marry a Jewish or Christian female, with certain conditions of course, none of the schools of Islamic jurisprudence permits him to marry a Hindu. The marriage is thus not valid or permissible and attending would tantamount to the intentional witnessing of haram and the tacit approval thereof as well. Consequently, it will not be permissible for you to attend such a Nikah.

This however should not be the cause for severing family ties altogether. Yes, make him aware that you disapprove of his marriage, don’t attend his wedding or wedding anniversary or any gathering that may lend support to this marriage, but still maintain contact. Pray for him and her, be a source of encouragement for them both. You may even visit them with this intention as long as this wrong doing of his does not become something that’s accepted in your family.

Regarding joining family ties with wrongdoers you may read further here: How to Avoid Cutting Ties With People and Bad Company at the Same Time? 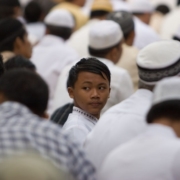 Prepare, Before Your Marriage Goes Belly-Up

What Is the Process for Delivering a Proposal For Someone's Hand In Marriage? 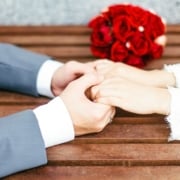 Can a Hindu Man Marry a Muslim Woman Under Special Marriages Act?