I have a question concerning the clothing during prayer according to the Shafi’i School. If I find a hole in my sock, or perhaps anywhere on my garment, after completing salah, do I have to repeat that prayer?

InshaAllah all is well.

Shafi’i jurists state that if a person has a doubt regarding the performance of an integral or not fulfilling a condition (Covering one’s ‘awra is a condition of the prayer) of the prayer after one finishing the prayer, then the doubt doesn’t not affect the validity of the prayer. (‘Iyana Talibin, v. 1, pg. 208)

In the case where one is certain that after completing a prayer, one has not fulfilled a condition of the prayer, it would then be obligatory to repeat the prayer.

Keep in mind that covering the feet is required for women but not for men. So a hole in the sock during prayer for a woman would affect the prayer’s validity but not for a man.

If an upright individual (as defined by Hadith scholars) were to inform you that your ‘awra was exposed during prayer, you would be obligated to accept his/her report and repeat the prayer. (‘Iyana Talibin, v. 1, pg. 227)

Shaykh Omar Qureshi completed his Bachelor’s degree at the University of Missouri – Columbia in Microbiology in 1995 and later obtained a M.Ed. in Science Education – Curriculum and Instruction from the same institution. As a teacher in Saudi Arabia, he also studied various Islamic Sciences with Sh. Salman Abu-Ghuddah. He continued his Islamic studies in Damascus, Syria at Ma’had al-Tahdhib wa-l-Ta’lim and privately with local Damascene scholars such as Sh. Hussain Darwish. Currently Omar serves as the Dean of Academics and Instruction at Islamic Foundation School located at Villa Park, Illinois. In addition to teaching, he is pursuing a Ph.D. in Philosophy of Education and Comparative Education at Loyola University in Chicago, where he is focusing on Muslim moral educational philosophy. 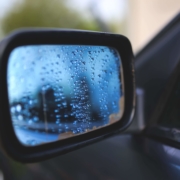 Is It Permitted to Breastfeed in Public?

Must a Woman Cover in Front of Her Parents' Cousins?

Sisters-Only Swimming: What is the Proper Swim Attire to Wear Around Others?

Going to the Salon for Hair Removal

Does Looking at the Reflection of One's Nakedness Break Wudu?