I have a few questions related to Videogames that I would like some clarification on.

In some games there are characters who claim to be God. What is the ruling regarding playing such games?

In some game there is an organisation that wants humanity to worship it. What is the ruling regarding playing such games?

Islam clearly prohibits Black Magic. What about other forms of magic?

In general, it is not permissible to expose yourself to sinful acts and items, and to disbelief unless there is some need or great benefit.

Given that this is not found in such computer games, it would be impermissible.

All forms of magic are forbidden. 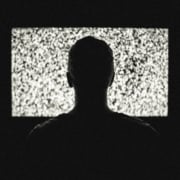 Is It Haram to Play Video Games?

Is My Child's Frightening Behavior Being Caused by Jinns?