The Quran states: “And when your Lord said to the angels, ‘Indeed, I will make upon the earth a successive authority.’ They said, ‘Will You place upon it one who causes corruption therein and sheds blood, while we declare Your praise and sanctify You?’ Allah said, ‘Indeed, I know that which you do not know.'”

Does it mean that there was life before humans on earth?

There is nothing clear and decisive on this matter.

Some of the major Quranic commentaries mention that the Jinn were present on earth prior to human beings. This is narrated by al-Tabari from Ibn Abbas who states, “The first to reside on earth were the Jinn. They spread corruption and bloodshed in it and killed one another. So, God sent Iblis with an army of angels and he fought them until they were forced to settle on islands and mountain tops. God then created Adam and placed him on earth. Thus, God said, ‘I will place upon earth a successor.’”

There are a few other narrations in this regard. At the same time, some narrations mention that there was no creation present on earth prior to Adam.

Ultimately, the existence of beings before Adam is a possibility but its knowledge is known only to God. 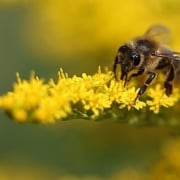 Reflecting on Water, the Anti-DAPL Movement, and Our Stewardship of the Earth 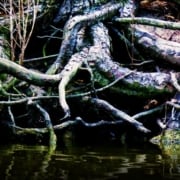 Why are we not in Heaven or Hell Already?

Was the Earth Created Before Adam or After Him as a Punishment?
Scroll to top