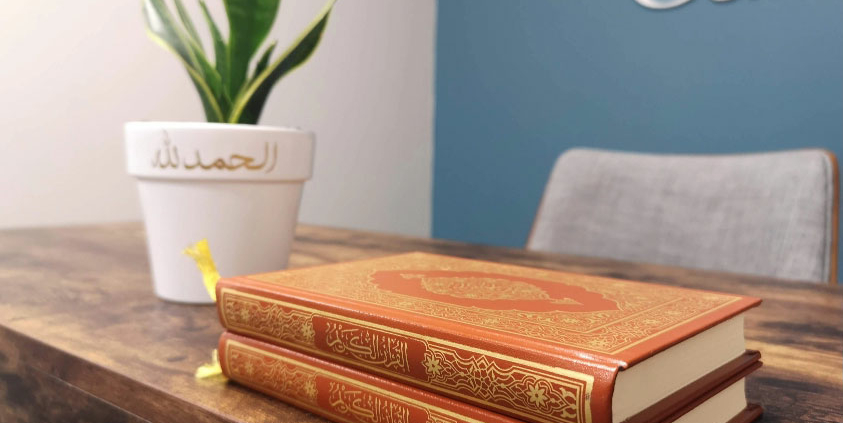 I like to play a game called Rainbow Six Siege and I don’t know if it is haram. There are women in it but I lower my gaze and usually don’t pick them in the game and the music is muted. There is an English version of the Quran in my room and I was wondering if this would be classified as disrespecting the Quran or as a major sin?

Plus I don’t know where to put the Quran translation because if I put it in the living room, my parents usually watch haram movies there. If I put it in my parents’ bedroom they usually swear and sin in there. What should I do?

Thank you for your question. May Allah reward you for your sincerity and for wishing for the Quran to be in a pure environment. I pray that your whole home becomes as such.

Video games could be classified as a major sin if it involves killing people, please see the details here:
Is It Haram to Play Video Games?
Video Games and Magic
Are Video Games Haram?

Although you may find that every place in your house seems inappropriate to hold the book of Allah, it is not technically a sin to place it in any part of your house. Perhaps you can choose the place of least sin. We are all humans, and what Allah requires of us is not to be perfect, but to continually repent for our sins.

The Prophet (Allah bless him and give him peace), said, “By Him in Whose Hand is my life, if you were not to commit sin, Allah would sweep you out of existence and He would replace (you by) those people who would commit sin and seek forgiveness from Allah, and He would have pardoned them.” [Muslim]

Ustadha Shazia Ahmad lived in Damascus, Syria for two years where she studied aqida, fiqh, tajweed, tafsir, and Arabic. She then attended the University of Texas at Austin, where she completed her Masters in Arabic. Afterward, she moved to Amman, Jordan where she studied fiqh, Arabic, and other sciences. She later moved back to Mississauga, Canada, where she lives with her family

Can One Marry Someone with Whom He Has Had a Child Out of Marriage?

Answered by Mawlana Ilyas Patel Question My question is, can a man marry a woman...
2 mins

Answered by Mawlana Ilyas Patel Question Is it obligatory to send Salawat to the...
3 mins

Can I End My Engagement Even If It Breaks Ties of Kinship?

Answered by Ustadha Shazia Ahmad Question From a young age, I was promised to my...
3 mins