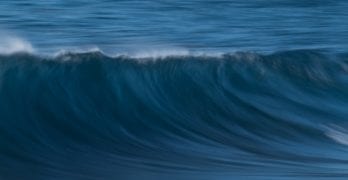 Question: I made a mistake around 6 months ago by assisting in grave sin. My class gifted my teacher an idol (she is a hindu) and everyone had to contribute and so did I. I have recently been made aware that helping in sin means that you have sinned too and that I have to repent and advise them to not do the sin.  If I repent and take my shahada again and do not advise those involved (the teacher and other students) of their sin, will this be sufficient? Please do reply, I have been feeling very distressed. Thank you.

Answer:
Assalamu alaykum
Thank you for writing to us. The first part of the advice you received is sound. It is impermissible to assist someone in sin, especially in the sin of ascribing partners to Allah. In surah al-Ma’idah, Allah said, “And cooperate in righteousness and piety, but do not cooperate in sin and aggression. And fear Allah; indeed, Allah is severe in penalty” [Qur’an, 5:2].
Repentance
We do appreciate that your intention was not to assist anyone in sin or shirk, and that you merely joined the class in purchasing a gift for your teacher. However, it is crucial that you repent to Allah that He pardons you and overlooks your error. We are all Allah’s slaves, and we all sadly do things that may anger Him. And Allah loves nothing more than His slave turning to Him, seeking His pardon, knowing that none forgives our sins save Him High and Mighty.What about the effects of sin?
As for advising your teacher regarding her sin of worshipping an idol, this will not be necessary. The fact that Muslims reject the worship of idols is well known to your teacher, whether you inform her of this or not. Also, the idea of her worshipping an idol that you partially purchased will be erased from your account, if your repentance was sincere.Mulla Ali Qari, quoting ibn Hajar, raised the question of whether the repentance of someone who spread misguidance will be accepted even though the effects of his misguidance still exist. He answered by saying that the person’s repentance will be accepted and that he will not be held accountable for the impact of his wrongdoing [Mirqat al-Mafatih].