Is Tawassul Permissible in the Hanafi School?

Answered by Ustadh Tabraze Azam
Question: You have several answers explaining the permissibility of tawassul. However I would like to ask about the Hanafi position in particular.
In the Ikhtiyar of Imam Mawsuli in kitaab al-karaahiyya it says:

I was surprised to read it because I have always been taught that tawassul is permissible.
So why does Imam Mawsuli in particular say it isn’t? How do other Hanafis respond to him? Do we respect his opinion as a valid difference of opinion?
Answer: Wa alaikum assalam wa rahmatullahi wa barakatuh,
I pray that you are in the best of health and faith, insha’Allah.
Most of the books of the Hanafi School mention that it is not permitted to supplicate using the words ‘I ask you by the right of so and so…’ But this does not negate the permissibility of supplicating through an intermediary (tawassul). At best, it would negate a particular wording.
Ibn `Abidin explaining Haskafi’s words, “there is no right of creation on the Creator,” comments, “it could be said that they have no necessary right upon Allah, yet Allah has granted them a right out of His Grace; or what is intended by ‘right’ is sanctity or greatness, and thus it is from taking a means: Allah Most High said, ‘seek ways to come closer to Him’ [5.35]…”
Shaykh Gibril Haddad mentions, “On the other hand, ‘by the right owed so-and-so’ is an oath and is therefore a formula restricted to Allah Himself on pains of shirk. Imam Abu Hanifa said: ‘Let one not swear any oath except by Allah alone, with a pure affirmation of tawhid and sincerity.’”
He continues, “Ibn `Abidin said: “In the Tatarkhaniyya: The Athar also report what shows permissibility.” Then he cites–from al-Qari’s Sharh al-Nuqaya, al-Munawi quoting Ibn ‘Abd al-Salam (cf. the very first of his Fatawa in the printed Risala edition), and al-Subki –further explains that it is permitted, then he cites the fatwa by Ibn Amir al-Hajj in the thirteenth chapter of Sharh al-Munya that such permissibility is not limited to tawassul through the Prophet (Allah bless him and give him peace) i.e. it extends to the Salihin. “ [see: Abu Hanifa & Tawassul]
And Allah alone gives success.
wassalam,
Tabraze Azam
Checked & Approved by Faraz Rabbani

Is It Permissible To Curse Yazid ibn Muawiya?

Can I Ask Allah To Make Me Love Life?

How Many Levels of Paradise and Hell are There? 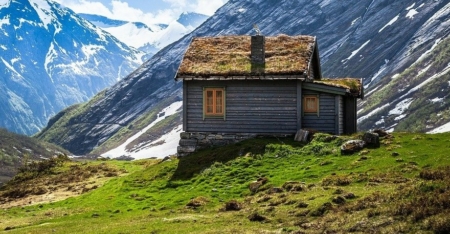 Does Reciting Sura al-Baqara Cause the Jinn to Leave a House?

Usul al-Fiqh: How Islamic Law is Derived According to the Hanafi School