How Should I Pray in a Country Where the Sun Doesn’t Set? How would I go about performing my five daily prayers in a country where the sun doesn’t set?

Certain countries in the summer have 21-22 hours of daylight and 2-3 hours for the sunset. The sun doesn’t set until around midnight and never fully sets since sunrise is around 2 AM. Therefore, there is never any full darkness as would be the indication for Maghrib or Isha.

This is an issue which has been discussed in detail by many classical and contemporary jurists. One possible solution that has been suggested is for one to pray according to maghirb, isha and fajr times in the nearest city in which these three prayer times can be seen to enter and exit. This means finding a city which lies on the latitude of 48 and using it’s sunset, isha and dawn times.(Fath al-Mulhim).

This is one possible method. It is also better to see what the Muslim community at large in the particular area is doing, and act accordingly. For more details, and reference to an excellent work which discusses this issue in detail please refer to this answer. And Allah knows best.

May Allah grant you with the best of both worlds. 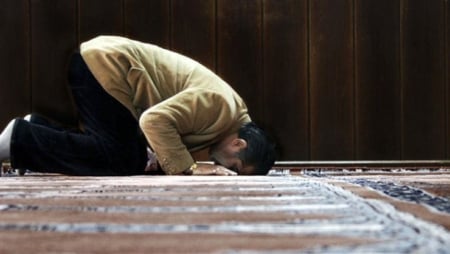