Question: My father has invested in premium bonds since a very long time and every now and then the bonds comes out in the form of money. A cheque from the bond company was sent to me in my name. At this point I knew about the impermissibility of bonds, but I signed the cheque anyway because I though my Dad would get angry if I said the money wasn’t halal. My intention was to stop him from depositing the cheque in to my account by asking him if I could do it and then just destroying it.

However, he went to the bank and has deposited the cheque. I fully intend to get rid of that money as soon as it arrives in to my account, but what I want to know is if I fall in to the condemnation of those who partake in riba- my intention was never to benefit from this dirty money, nor did I ever plan on even depositing the cheque when I got my hands on it (which I never managed to).

I thought I’d be able to destroy the cheque and my Dad would I’ve deposited it and therefore I wouldn’t have to deal with that haram sum of money. That was my intention.

InshaAllah you will not be counted amongst those who partake in riba, as your intention was not to accept that money. Having said that, you must immediately get rid of that money, by donating to a charitable endeavor for example.

You need to be upfront with your father and explain to him that bonds are unlawful and you want nothing to do with them. You must also make tawba, which entails sincere remorse, ceasing the activity, resolving never to do it again, and getting rid of the money. [Nawawi, Riyad al-Salihin] 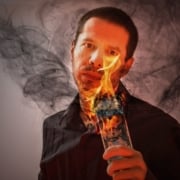 Can One Inherit Property Acquired Through Conventional Mortgage? Am I Falling Into Usury by Trying to Get a Job Using My Relationships?

Can I Offer an Incentive When I'm Seeking a Loan? 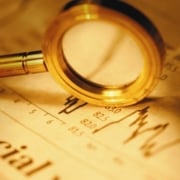 Is Leasing a Car Permissible?

Am I Sinful to Live With a Husband Who Is Not Concerned With Avoiding Usury?