Question: I have a question in relation to my husband making a statement such as “you are like your mother”. The story of Khawla Bin Tha’labah it is narrated that her husband once made a statement to her that she is like his mother. I won’t write the whole story but we know that her husband was commanded to fast 60 days… My question is, with the statement that my husband made about me being like my mother would that be the same as this situation? Though I am not old and he has not lost interest though it has become less interested maybe, I’m not sure. Would he have to do the same?

No, he would not have to do the same.

What you are referring to is likening one’s wife to a relative (zihar). That is, for a man to liken his wife to one of his permanent unmarriageable kin, such as his mother. [Mawsili, al-Ikhtiyar li ta`lil al-Mukhtar]

Allah Most High says, “Those of you who say, regarding their wives, ’Be as my mother’s back,’ they are not truly their mothers; their mothers are only those who gave them birth, and they are surely saying a dishonourable saying, and a falsehood. Yet surely God is All-pardoning, All-forgiving.” [Qur’an, 58:2]

For example, the man would say, “you are for me like the back of my mother”.

In pre-Islamic Arabia, this was a specific phrase used for divorce. However, the shari`ah changed the implication of the phrase to entail prohibition of relations until expiation (kaffara).

Thus, if he intended this specific form of likening, he would need to give the required expiation (details available on request). Otherwise, there would be no expiation upon him.

TAGGED WITH:: divorce, expiation, kaffara, likening the wife to the mother, marriage

Is It Sinful to Disobey to One's Husband? 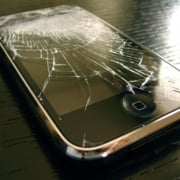