Can I pray the night-vigil prayer (tahajjud) 5 minutes before the entry of true dawn (fajr)?

Yes, you can pray the night-vigil prayer (tahajjud) even minutes before the entry of true dawn (fajr).

The false dawn (fajr kadhib) is the vertical stream of light which appears on the horizon briefly, and then disappears. Shortly thereafter, true dawn (fajr sadiq), or the time for the normal dawn prayer (fajr), enters. Hence, praying during the false dawn or before or after it, and until the time of dawn, is permitted without dislike.

Please also see this answer and this one. 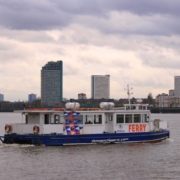 What Are the Rulings Regarding Travel in Relation to Distance, Praying on a Boat and the Friday…

A Reader on the Virtues of Prayer

Presence of Heart in Prayer: A Reader

Does a Woman Passing in Front of a Praying Person Invalidate His Prayer?

Do I Really Need to Perform Wudu After a Bath to Be Allowed to Pray?