I have very pale lips and I requested from Allah to allow me to use lipstick so that I won’t be punished. I felt He did but then realized that I might have changed Allah’s law by deeming something impermissible permissible.

Am I an apostate for this?

May Allah increase you in faith.

The ruling of lipstick differs from one situation to the another. When void of impure substances and used to adorn oneself for her husband—then it would be considered permissible. When it is used for adornment and would attract lustful gazes from strange men—then impermissible. I would advise that you explain your reason for wearing lipstick in more detail and where you would be wearing it before assuming it to be haram.

Regarding your question. The law of Allah may be divided into two broad categories: (1) categorical law, based on consensus, reaching the state of ma‘lum min al-din bi al-darurah (being known to be Allah’s law by necessity) and (2) Law not reaching a similar status.

Examples of the first would be: Prayer is compulsory; consumption of alcohol is impermissible; Zakah is obligatory, etc. These rulings are established by consensus and are known to all, Muslim and non-Muslim alike. Denying any of these rulings renders one a disbeliever.

Examples of the second would be law that is not based on consensus: does touching the opposite sex invalidate my ablution; is it permissible to eat crayfish or prawns; does bleeding invalidate my wudu, etc. You will often find scholars differing around its rulings. Denying any of these rulings does NOT make one a disbeliever.

Your deeming lipstick permissible, in such cases where it is indeed impermissible, falls in the second category and in no way renders you a disbeliever.

May Allah grant us steadfastness upon His Religion and allow us to upkeep His Law to the best of our abilities, Amin. 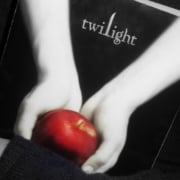 Does Jokingly Pretending to Convert to Cullenism or Not Liking Beards Make Me an Unbeliever? 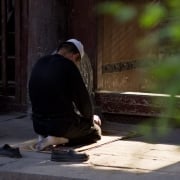 When Would Believing in a Fortuneteller Constitute Disbelief? 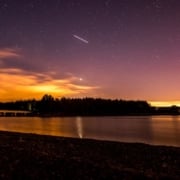 Am I Sinful for Experiencing Unintentional 'Images' of God?

Can I Skip Difficult Parts of the Fatiha to Avoid to Commit Disbelief?