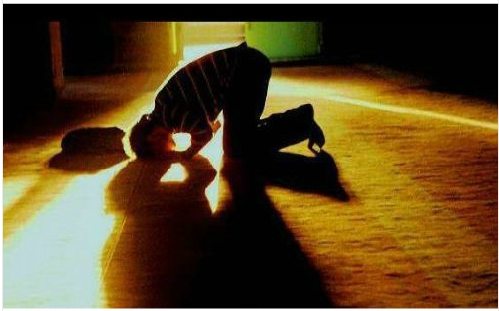 I think I might be a hypocrite. Whenever I do an act of worship, I find it very difficult to think about Allah, and I nearly always end up thinking of something or someone else, and it feels like I am worshipping them. Am I committing major shirk?

Being Fearful of the State of one’s Worship

Having fear that one’s worship will not be accepted is not a sign of hypocrisy or shirk. It is, rather, a sign that a person recognizes the importance of worship, and is trying to fulfil them, while also recognizing their own shortcomings.

The Qur’an describes fear over one’s state as a sign of belief, not one of hypocrisy or shirk. It describes believers as “those who are fearful of the punishment of their Lord;” [Qur’an; 70.27]; and “those who give what they have been given, while their hearts tremble at the thought that they will return to their Lord” [Qur’an; 23.60]; and, “for those who fear standing before their Lord shall be two gardens” [Qur’an; 55.46].

It is in this vein that ‘Umar b. al-Khattab (may God be pleased with him) is reported to have said, “Had I known that God had accepted one of my prostrations, or one silver coin in charity, nobody would have been more beloved to me than death.”

However, the proper way to deal with this fear is not to be paralyzed by it, but to take the steps towards beneficial action.

Difficulties in Focusing in Prayer

Building focus and concentration in prayer here is the desired goal, as prayer is truly beneficial when one’s heart and body work in concert, not when one is distracted by outside concerns. The Qur’an says, “Successful are believers; those who are attentive in their prayers” (Qur’an; 23.1-2).

However, while one should work on building this presence of mind, one should recognize that being distracted is a good sign that the devil is attempting to come between you and your Lord.
The Prophet (may the peace and blessings of God be upon him) said that “when the iqama is done, the devil approaches, to the point that he comes between a person and his soul, saying, ‘Remember this and remember that,’ about things that he hadn’t thought about prior, until a person can no longer remember how much he has prayed” [Bukhari, Muslim].

Imam al-Shaʿrawi, in his exegesis, explains the verse, “Obey Allah, and obey the Messenger, and be on guard…” [Qur’an; 5.92] by saying that we are instructed here to be on guard because the devil cannot stand one obeying, and thus seeks to confuse a person or otherwise compromise their worship while they are doing so.

In this regard, al-Shaʿrawi relates a story that has been told about Imam Abu Hanifa (may God be pleased with him), who was approached by a man who had buried some money and could no longer find it. He instructed him to spend the night in prayer, and then come back and report to him. The man later came and told the Imam that while he was standing in prayer, he suddenly envisioned the precise location of his money. The Imam replied, ‘By God, I knew that the devil would not allow you to complete the night with your Lord.’

Achieving Presence of Mind in Prayer

Imam al-Ghazali, in his Ihya ʿUlum al-Din, puts forward various pieces of advice related to building concentration in prayer. He lists among them:

-Proper preparation for prayer, including thinking about the afterlife and standing before your Lord

-Pondering over the words and meanings that are recited during prayer

-Removing from one’s life things that distract during prayer

-Removing from one’s heart love of this world, that is a root cause for much distraction

For further practical advice on how to achieve presence of heart in prayer, please see the following comments from a number of leading scholars: Presence of Heart in Prayer: A Reader

Please see also: How to Strengthen Faith in Allah and Return to Him? A Reader