Question: I was wondering if we would be allowed to go on holiday in places like Petra (in Jordan) and the Dead Sea? I heard that we aren’t because Allah’s curse is upon that area due to Lut’s (peace be upon him) people being destroyed there. Please shed some light on this.

Going to the Dead Sea for Tourism

Yes, scholars do mention that the Dead Sea is where Allah’s punishment descended on the people of Lut (peace be upon him), and as such Muslims should not go there for tourism.

The Prophet (peace and blessings be upon him) and his Companions were once passing by the place of Ashab al-Hijr, who were Thamud, the people of the Prophet Salih (peace and blessings be upon him). Our Prophet told the Companions, “Do not enter upon these recipients of punishment—unless you are crying—lest you be afflicted with what afflicted them.” [Bukhari, Muslim]

Imam Nawawi comments in his commentary of Sahih Muslim:

“This hadith indicates that one should be on guard when passing by the houses of oppressors and places where punishment descended. This is similar to the [prophetic practice of] rushing at the Valley of Muhassir [on hajj], since the People of the Elephant were destroyed there. Therefore, anyone passing by such places should be careful, have fear, cry and take admonition from them and their destruction, and should seek refuge in Allah from that.”
[Sharh Sahih Muslim]

Having said the above, it is important to note the exception mentioned in the hadith—”unless you are crying”—and elaborated upon in Imam Nawawi’s commentary.

Based on this, some contemporary scholars maintain that if one’s intention in visiting the Dead Sea is not for mere tourism or entertainment, but rather to reflect upon the oppression that took place there and the resultant punishment, and to take heed and admonition, then it would be permissible to go there. Indeed, the fruit of such an intention is that one turns to Allah in one’s own life and fears falling into transgression.

It is also worth noting that although the Dead Sea itself is a place of past punishment, the general area is still part of the Levant (sham), which is a place where many prophets lived and walked (peace and blessings be upon them all), and also where many Companions and pious early Muslims are buried. So there is blessing in that overall region that one can benefit from, and Allah knows best.

TAGGED WITH:: Lut, Petra, visiting the Dead Sea for tourism 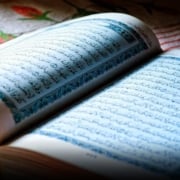 Regarding the Women of the People of Lut.