My condition is that I have an urge to frequently urinate.

I have seen that from 2 incidents that when I have actually gone to the bathroom I can see some substance thing at the tip.

The issue is that I cannot tell when this happens this I don’t know when my wudu is broken.

Would I be required to go to the bathroom prior to every prayer and check to see if anything has dried up?

I am looking to study the deen at a later point in my life. Could you please give me some advise and also are there examples of scholars of the past who have pursued the deen full time regardless of their illnesses?

Let’s keep things simple. If you see something has come out and dried then you can assume it did so at the most recent moment possible. In other words, if you made wudu and prayed, and then half an hour later you went to the bathroom only to find a dried substance, you can assume it happened within the last few minutes. The amount of time it was take to exit an dry – so within 5 or 10 minutes.

Beyond that, you do not need to have a routine of checking. Make wudu and pray. If you need to renew it or go to the bathroom, do so. If you are certain something has exited renew your wudu.

In all likeliness the discharge you see is wadi (prostatic fluid). This discharge usually exits before or after urination, but can exit when pressure is exerted on the prostate when sitting, etc, if the prostate is enlarged. This symptom and the need to urinate are commonly found together. Sometimes the cause of these issues is psychosomatic, so therapies like EFT can help.

Try to find a good practitioner of Tradition Chinese Medicine, as TCM can easily remedy you symptoms.

Don’t worry about ‘opening the hole’ and checking. This might open up a can of worms which will only complicate matters.

Your intention to go and study the region is commendable, and a huge blessing from Allah. Make your intention for Him alone, and find a reliable scholar and consult with him every step of the way.

As for trials – whether they take the form of illness, finances, or otherwise – they come no matter what. You can think of them as an occupational hazard. They are the means by which Allah helps a person grow.

Everyone is tested. In fact, there are many instances of the ulema serving the umma selflessly through teaching, writing, or otherwise, whilst mountains of trials are crumbling upon them. What is amazing is that Allah give them the ability to persist and keep serving the Muslims despite what they endure. 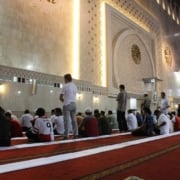 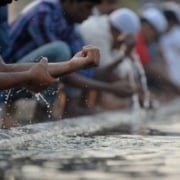 Does "halal" nail polish affect the validity of wudu? 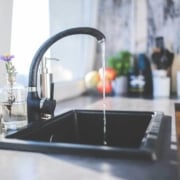 Do I Have to Wash Clear Vaginal Discharges From My Clothes Before Praying?