No, if you break the vow, what is subsequently due is either (a) the expiation for breaking an oath which is to feed or clothe ten poor persons, or to pay the monetary equivalent of that; or (b) the fulfilment of the vow itself. [Shurunbulali, Maraqi al-Falah; `Ala’ al-Din `Abidin, al-Hadiyya al-`Ala’iyya]

This is because the meaning in the statement uttered is one of preventing himself from something, a sin in this case, which is considered an oath, even though the outward purport of the wording was that of a vow. 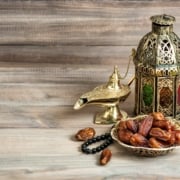 Should I Fulfill a Conditional Vow Even If The Condition Has Not Been Fulfilled?

Should I Really Restart From the Beginning an Expiation If I Fail to Perform It Consecutively? (Shafi'i) Can I Pay the Expiation for Breaking an Oath in Advance?

Should I Perform an Expiation Because of an Illness During Ramadan?