Question: My wife was applying for a bursary for our child without informing me. After a time, she informed but without much details. One day I visited the school on a form, and I was surprised to note that on the form, she indicated that she’s a single mother and even trained the child to claim this during the assessment. What should I do because? When I asked her, she accepted, but she’s cut communication with me in the house. I feel betrayed and feel unworthy in the marriage. I can pay my child’s fee.

Assalamu alaykum,
Thank you for your question. I am sorry that you are dealing with this dishonesty and betrayal, and I pray that you can come out of this stronger.

You are not at fault.

I don’t know why your wife would lie and teach your child to lie to get this bursary. This is dishonest, criminal, and illogical. You have no reason to feel unworthy as you have done nothing wrong. It would be best if you also did not accept the silent treatment. Tell her that you want to sit down and discuss the issue calmly. She is at fault, and you should tell her that such deceiving behavior will not be tolerated in the future. You should also go to school with your wife and child and tell the truth.

You will have to tread carefully with your wife. Instead of getting angry, you should try to get to know her, understand where she is coming from, and watch her dealings with money. Did she make an honest mistake, or is she try to embezzle money? It may be that she is insecure or greedy, and if so, you will have to deal with her knowing that. Be patient with her, and Allah will reward you for it, by His grace.

You can teach her gradually that generosity is the sunnah of our Messenger, may Allah bless him and grant him peace, and that one does not lose money by spending in the way of Allah. Rather Allah increases one’s wealth when one gives charity, even when spending on the family. Be a role model of kindness, giving, generosity, and don’t succumb to greediness and stinginess. Teach your child this, also.

The Prophet, may Allah bless him and grant him peace, said, “O son of Adam! If you give your surplus, it is better for you, and if you keep it, it is worse for you, but there is no harm with what is sufficient. And begin (the giving) with your dependents, and the upper hand (giving) is better than the lower hand (receiving).“ [Tirmidhi]

Is It Permissible to Give Charity Without Disclosing Its Source? 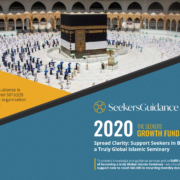 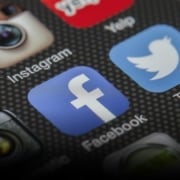 Putting Charity Before the Needs of Your Family Muslim Communal Obligation: Stories That Will Have You In Tears
Scroll to top