Question: Until what time can we pray Isha prayer before it is considered late? Also, is someone is excused due to urinary leakage does he still need to wait till the end of the time to see if it stops? I’m asking to make sure I don’t miss the prayer due to delaying it because of the excuse.

May Allah reward you for your concern about ensuring the validity of your prayers. Your question covers two different areas – prayer timings and chronic excuses, so we shall first review the rulings related to each:

1. Entrance: `Isha prayer enters at the end of Maghrib, which is when the red twilight disappears from the horizon.
2. Exit: `Isha prayer ends right before Fajr begins, which is when the first white light spreads across the horizon.
3. Permissible: It is permissible to pray `Isha anytime between its entrance and exit.
4. Confirmed Sunnah: It is the confirmed sunnah (sunnah mu`akkada) of the Prophet (peace be upon him) to pray `Isha in congregation, ideally in a masjid for men, and at home for women.
5. Recommended: It is recommended (mustahabb) to pray `Isha close to its entrance time during the summer (when the days are long) and to delay it until a third of the night has passed during the winter (when nights are long).
6. Disliked: It is slightly disliked (makruh) to pray after halfway through the night.

A chronic condition is that which prevents one from maintaining a state of wudhu long enough to pray a prayer.
Example: an uncontrollable leakage of urine.

1. It is established when the condition lasts for the entirety of a prayer time such that one could not pray at all during it. For this beginning case, one prays at the end of the prayer time.
Example: the urine started leaking before dawn and continued through sunrise, such that one couldn’t do wudhu and pray Fajr at any point without it leaking, so he/she must pray Fajr at its last time, whereupon the leakage will be excused.

3. It ends when the condition does not occur once during a prayer time.
Example: throughout the entirety of Maghrib, no leakage occurs, so the person is NOT considered excused when `Isha comes, but rather returns to step 1.

Your specific case (`Isha prayer):
Considering the above rules, there are two applicable scenarios:
1. If you have already established that you are excused, then you can pray `Isha when it enters without excessive delay.
2. If you have NOT established that you are excused (i.e. the condition began at `Isha time), then you pray at the end of `Isha’s timing, meaning right before Fajr. If by this time your condition has not ceased, then you can consider yourself an excused person. Given the circumstances of the situation, it would NOT be disliked for you to delay `Isha in this case.

*Please note that for both cases, you are NOT expected to spend the entire night waiting to see if you can pray `Isha. Rather, you pray at its beginning or end time, both of which will allow you enough time to rest in the night. There is no need to overexert yourself – remember that “Allah wishes ease for you and does not wish for you hardship.” [2:185] And remember to be patient in trying times, as “Verily Allah is with the patient.” [2:153]

And Allah knows best, and with Him comes success. 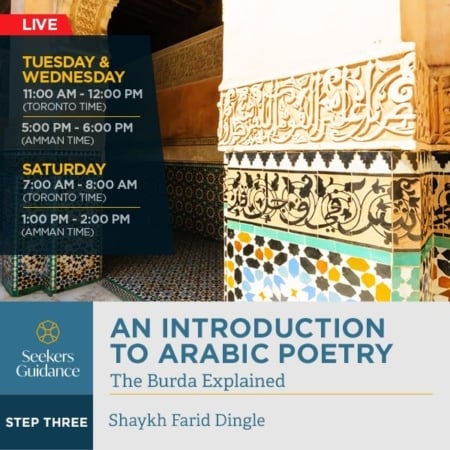